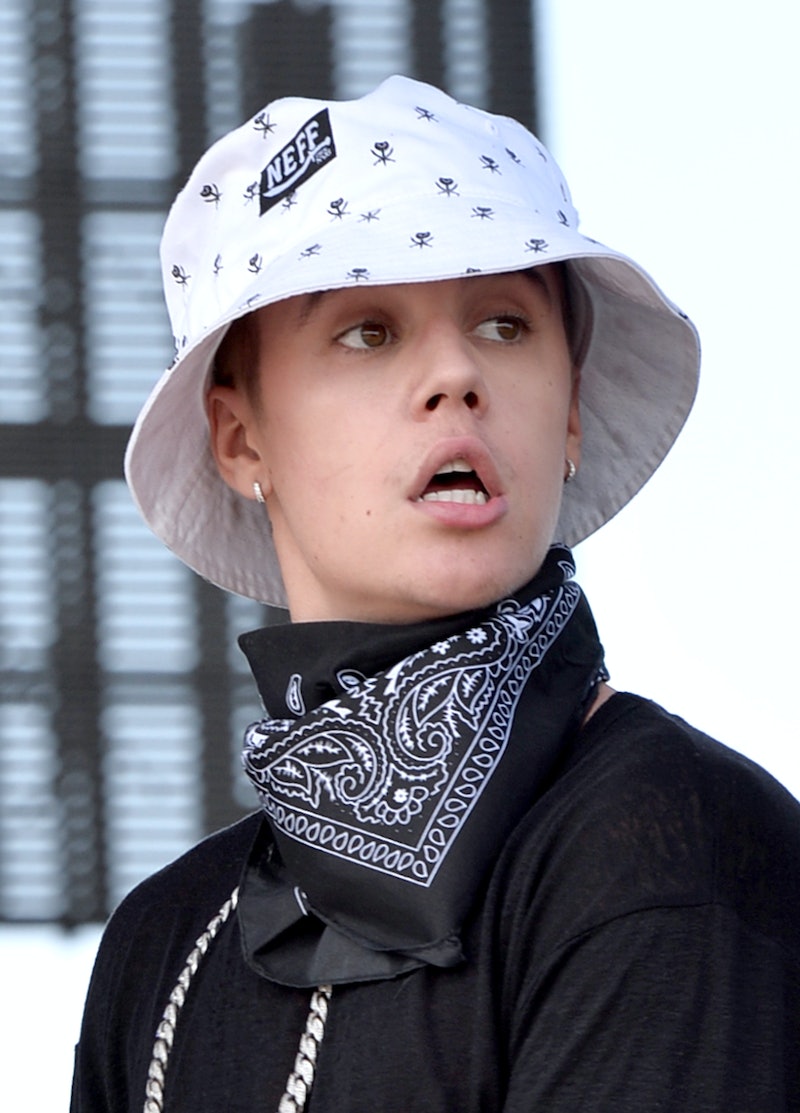 Prepare yourselves, pop music fans: Selena Gomez is getting ready to release a new music video that’s going to have everyone talking about her relationship with Justin Bieber. According to Ryan Seacrest on his On Air with Ryan Seacrest radio show, Gomez just shot a “really cool” video for a “big new song” that’s coming out soon. Seacrest said, “The video will get people talking about whether or not it’s about she and Justin, that’s for sure ... I watched it, and I looked at her, and I listened to the lyrics, and I’m like, ‘Okay, this is gonna have people talking and wondering!’ ”

Since Gomez’s last studio album, Stars Dance, is pretty much dead in the water (not even a full year after its release), I guess the “Come & Get It” singer has decided to ride that bad boy Bieber buzz until the wheels fall off! Can you blame her? After all, that little brat just can’t stay out of the headlines these days. He’s visiting brothels, he’s driving drunk, he’s crashing Drake Bell’s album release party — he’s doing it all. Bieber’s a hot ticket right now and Gomez knows it. Why shouldn’t she use that to her advantage?

For those of you who don’t know, Gomez and Bieber have been spotted canoodling quite a bit recently, fueling rumors that the two are once again an item. Though neither young pop stars appears to feel comfortable speaking openly about the relationship (remember when Bieber kept shouting, “DON’T ASK ME ABOUT HER AGAIN!!” when asked about Gomez during his recent deposition?), I guess Gomez doesn’t see any harm in stirring the pot a little bit with a provocative music video.

Music videos about troubled relationships can do a lot for a pop star’s career. Just look at Rihanna’s video for “We Found Love” or Taylor Swift’s video for “We Are Never Ever Getting Back Together." And let’s not forget Justin Timberlake’s video for “Cry Me A River”… or his video for “What Goes Around… Comes Around.” Basically what I’m saying is that this is a proven strategy that works.

Gomez’s career has been going through some major changes lately. She just recently signed with a new management team after firing her mom and stepdad as managers last month. Gomez is also rumored to be shopping around for a new record label. Maybe she feels that her current label, the Disney-owned Hollywood Records, is holding her back?

I just hope this new song and music video are truly coming out soon (in a few weeks) and not pop star soon (in a few months). I’m really curious to see how Gomez’s plan is going to play out. Skip to the 2:35 mark below to hear what Seacrest had to say about Gomez’s new video.

More like this
Selena Gomez Explained Why A Past Album Cover Made Her Feel “Really Ashamed”
By Grace Wehniainen
12 Photos Of Britney Spears' Wedding Guests, Husband, Outfits & Dances
By Grace Wehniainen
Taylor Swift's “Carolina” Theme For 'Where The Crawdads Sing' Soundtrack Is Here
By Jake Viswanath
Taylor Swift Fans Caught A Possible ‘1989’ Clue In Her Latest Awards Show Speech
By Grace Wehniainen
Get Even More From Bustle — Sign Up For The Newsletter