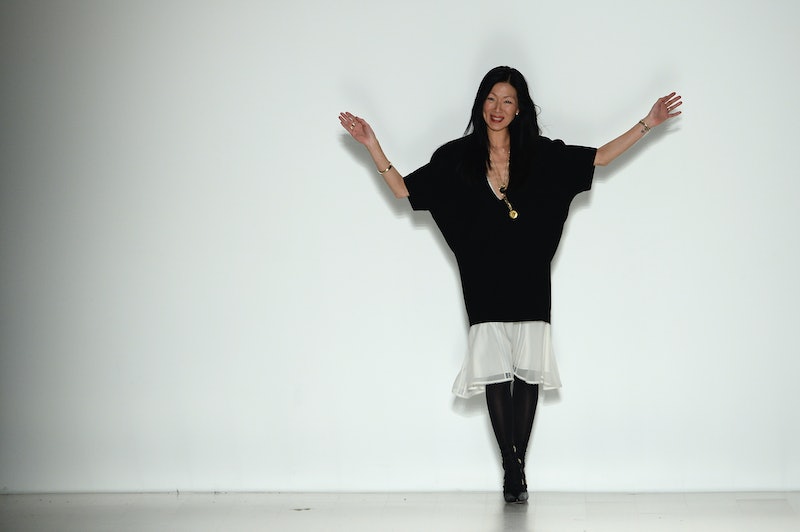 Designer Marissa Webb's downtown-meets-uptown vibe has charmed consumers over the past several years, and now, the former-J.Crew director is adding her unique spin to Banana Republic. Combined with the company's new ad campaign, we think Banana Republic has finally entered the 21st century. Webb's appointment as Creative Director and Executive Vice President of Design of Banana Republic was announced this week, with Global President Jack Calhoun's ringing endorsement:

What [Webb] delivers today is so fresh and relevant, I know her design sensibility will move Banana Republic forward in our effort to deliver Modern American style.

Webb has a history of modernizing lackluster brands, most recently with an 11-year stint at J.Crew, which ended in 2011. The designer's aesthetic is a sartorial mashup of masculine and feminine, bohemian and buttoned up, and corporate and off-duty. (I told you perfect, right?) Webb channeled her creativity into a namesake line of womenswear that debuted at Spring 2013 Fashion Week to great acclaim.

Banana Republic's own history is somewhat rockier. Since its 1978 inception in San Francisco and subsequent absorption into the Gap's collection of companies in 1983, Banana Republic has been a fallback for somewhat bland, appropriate fashion that won't offend at a conservative workplace, yet also don't inspire Rachel Zoe-like exclamations of approval. After all, it's tough to get excited about a beige pantsuit.

However, with Webb's help, the brand is on an upward trajectory. After all, her style is anything but boring. Webb's Fall 2014 runway was a romantic riot of color mixed with heartier elements of leather, tweed, and military influence, creating a unique collection that looks neither too prim nor too gritty, and has a wide range of silhouettes that guarantees something for every body type. I'm more than excited about Banana Republic's chic remodel.

More like this
These Are The Best Socks A Woman Can Buy
By Lisa Fogarty
Tilda Swinton’s Neon Yellow Hair Is More Than A Style Statement
By Justine Knight
15 Chrome Nail Polish Colors For An Easy, Mirror-Like Manicure
By Audrey Noble
The Beauty Industry Disrupter From Dallas
By Jordi Lippe-McGraw
Get Even More From Bustle — Sign Up For The Newsletter