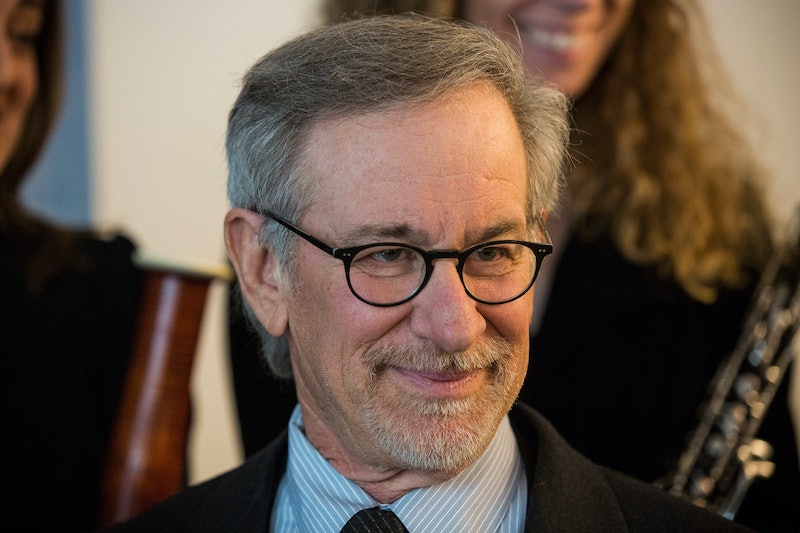 Great news for The Goonies fans! Steven Spielberg is on board with The Goonies sequel. The bad news is that his track record with sequels leaves a lot to be desired. When The Goonies follow-up film was originally mentioned by director Richard Donner he said he wants to bring back the entire original cast, and now it seems that even original writer Steven Spielberg will be back. During another chat with TMZ, Donner said it was Spielberg's idea for a sequel and that they wouldn't do it without him. With Spielberg joining up, it seems that the possibility of a sequel is becoming more and more likely, despite the original actors' doubt when the news first broke.

But fans may want to hold off celebrating Spielberg's rumored return. Remember the last time Spielberg revived a film after many years? The result was Indiana Jones and the Kingdom of the Crystal Skull and it was terrible. It had a poor plot, awful CGI, and mediocre acting (on behalf of not-famous-anymore Shia Labeouf—Harrison Ford does no wrong ever, obviously). All in all, it was an ill-advised revival, and fans were left disappointed after waiting nearly 20 years for the film.

The Goonies was another childhood staple. It would be a shame for its sequel to not do that film justice. The danger of producing a sequel is always that it won't stand up to its original, and with each year that spans between the first film and its next part the expectations grow higher and the chance of failure grows larger. Keep a group of people waiting 20 to 30 years for something and it's almost impossible not to let them down, especially when your track record isn't all that great when it comes to rebooting an 80s classic.

The only thing that could make this film have a better chance of succeeding than the 4th Indiana Jones installment is the fact that Steven Spielberg's role won't be to direct. Instead, he's apparently reprising his role as writer. Donner teased fans by saying "[Spielberg] came up with another story line. He's right on it." With original director Richard Donner at the helm, and Spielberg writing instead of directing or producing, this sequel could potentially live up to the hype. For the fans' sake, I hope it does.