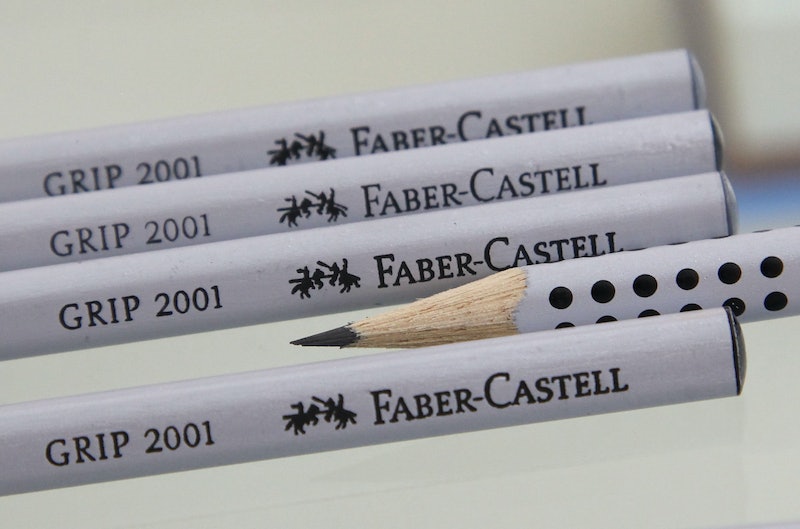 I’m really lucky. Why? I met my lovely, wonderful boyfriend on OKCupid, and unlike seemingly most of the OKC population, he is lovely and wonderful, and not at all a creep. It’s possible that back when we met, nearly five years ago, there were fewer creeps on the online dating site — but now, from what I can gather, it is overrun by them (which is a shame, really). Nor is this limited to OKCupid; Tinder, Kik, and just about every other online matchmaking service you can think of suffers from its share of creeps. I don’t know what it is about the Internet that breeds such rampant creepery, but apparently it’s an epidemic. Obviously that means something must be done about it…

And that’s where Instagranniepants comes in. The creation of artist Anna Gensler, the Instagranniepants Tumblr and Instagram strike back at men who objectify women… by objectifying them in turn. All you need to do is follow these three simple steps: “Man sends crude line via Internet. Draw him naked. Send portrait to lucky man, enjoy results.”

And for the curious, yes, Gensler is aware that two wrongs don’t make a right — but that doesn't mean these drawings aren't hilarious. Speaking to Slate, she said, “I feel like this gets me in trouble a lot, but when someone does something I think is rude, I always want to give them a taste of their own medicine. I’m an artist, and I try to use art as my weapon, even though that sounds so lame.” For the record, no, that does not sound lame; that sounds awesome. In a nutshell, Gensler tried to figure out a way to make the men sending the awful messages feel the way she does when she gets them. “Obviously, I could just send them back a sexy message, because they would love that,” she continued — so she started doodling them naked instead. Sad-naked. “It was the most immature thing I could think of,” she concluded, “because their pickup lines are the most juvenile, basic things, but also still oddly offensive.”

The best part? Seeing the replies. Gensler doesn’t just post the drawings on her Tumblr and Instagram, you see; she’s recently started posting what each guy said in response to the drawings she sends them as well. Some of them (naturally) respond poorly; others laugh; and for some reason, some even continue to try to get her to say yes to a date with them. Here’s a hint, guys: If someone sends you a naked drawing of you saying something creepy, it probably means she doesn’t like you. Just, y’know… a thought.

For more penis-charged hilarity, head on over to Gensler’s Tumblr or Instagram (NSFW, obviously!).