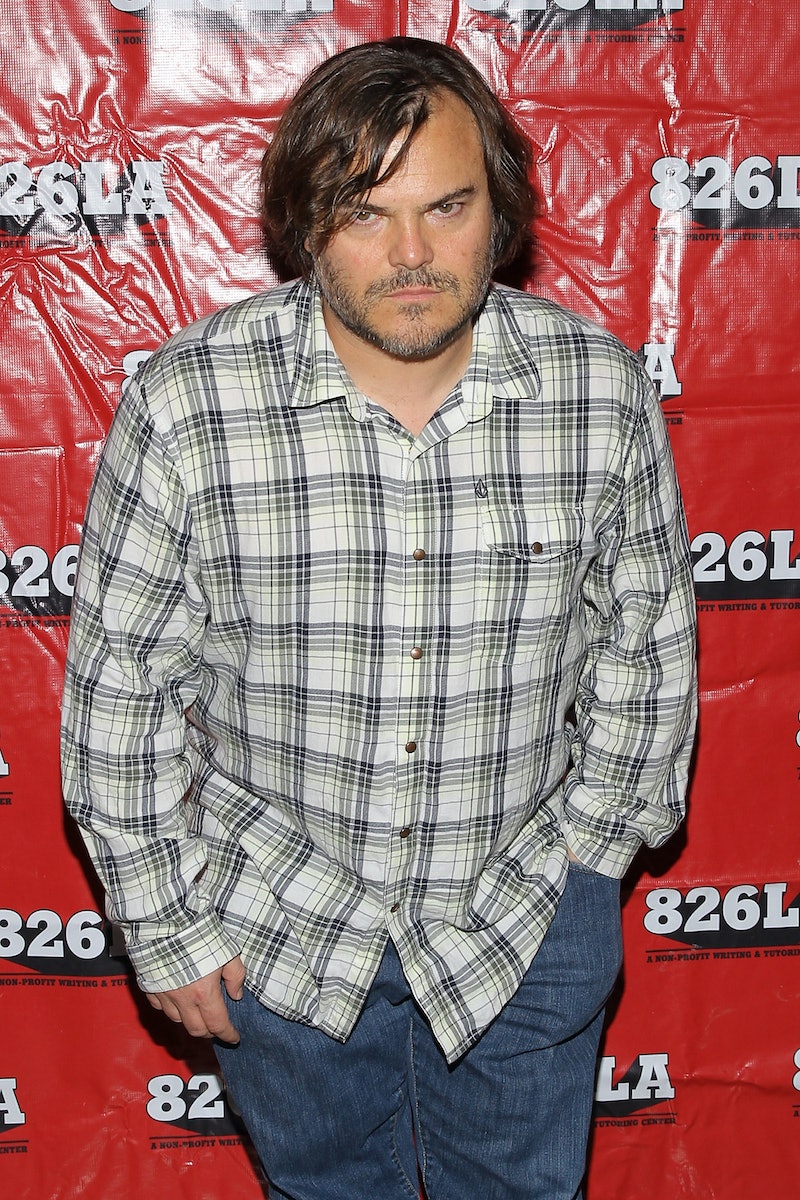 Some things might just be better off left in the 1990s. As much as we all loved R.L. Stine's Goosebumps series growing up, its upcoming movie adaptation doesn't seem scary enough to entertain its original audience, and maybe not even the kids of today. We were already doubtful of its scare potential when Jack Black was cast and now that Goosebumps ' official plot synopsis has been revealed, it's almost certain that there's no reason for viewers to beware.

Rather than bring some of the Goosebumps stories to life, the way the TV show did, the movie will get super meta, combining some of the stories' monsters and Stine himself. The plot will focus on teen Zach, played by Prisoners' Dylan Minnette, who moves to a new town and befriends his neighbor Hannah (The Odd Life of Timothy Green's Odeya Rush). It sounds like any teen-focused movie, except for the fact that Hannah's dad is Stine, who will be played by Black.

Then things get really weird.

It turns out that there is a reason why Stine is so strange… he is a prisoner of his own imagination — the monsters that his books made famous are real, and Stine protects his readers by keeping them locked up in their books. When Zach unintentionally unleashes the monsters from their manuscripts and they begin to terrorize the town, it’s suddenly up to Stine, Zach, and Hannah to get all of them back in the books where they belong.

Bizarre? Absolutely. But scary? Not so much. There will be monsters, but since they escape from actual Goosebumps books, the characters will be chasing made-up creatures, making the whole thing sound less like a horror tale and more like a traditional kids' adventure movie. And placing Black, an actor known for comedy, at the center takes away even more potential terror.

The Goosebumps movie is likely prevented from actually being scary by its young demographic. It needs to be PG to really get an audience, which seriously limits any scares. It's important for the film's producers, however, to remember that kids may not be the only ones who want to see Goosebumps. They might not even be the majority.

Adults who grew up with Goosebumps could easily be interested in the movie for nostalgic reasons, but not if it seems too childlike. To really strike that perfect balance, Goosebumps need to make its unique plot interesting enough to sustain older viewers and find scares that will make people of all ages jump out of their seats—without traumatizing those on the younger side.

If it fails, don't worry. There are always the books.

More like this
Reese Witherspoon Gave Fans Hope For 'Legally Blonde 3' After This Surprising Movie Inspired Her
By Jake Viswanath
At 28, Lesley Manville Was Acting, Picketing, & Singing Kate Bush Songs
By Olivia-Anne Cleary
22 Movies On Netflix That Are Perfect For The Whole Family
By Bustle Editors
The Biggest Differences Between 'Bullet Train' & The Book It’s Based On
By Arya Roshanian
Get Even More From Bustle — Sign Up For The Newsletter