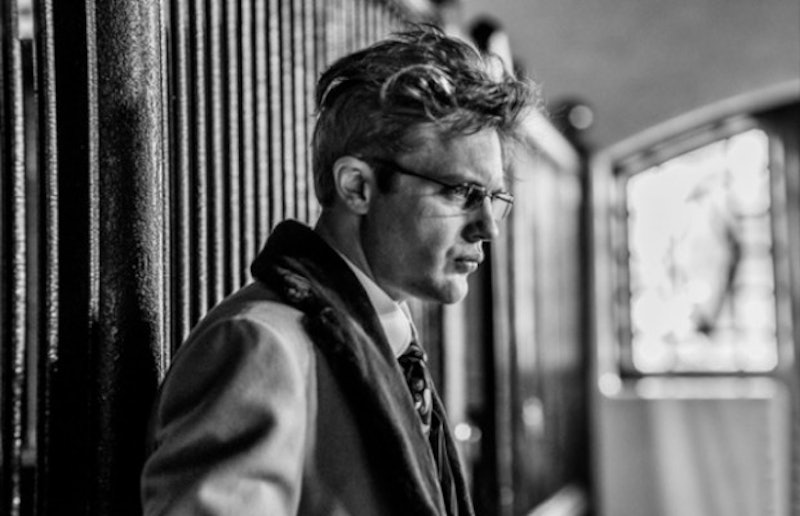 When Michael Pitt appears on NBC's Hannibal this Friday, get ready to meet one of the most despicable characters ever conceived on page or screen. Sure, Hannibal's Mason Verger may look pretty (thanks to Pitt), but don't be fooled by his golden locks or piercing eyes. Despite looking like a dreamboat, Pitt's Mason Verger is pretty much the epitome of human garbage. He's the brother of Margot Verger, a new patient of Hannibal's who was introduced last week, and let's just say that these siblings would probably check the "It's Complicated" box on Facebook.

Fans of prestige television will remember Pitt as the dearly departed Jimmy Darmody on HBO's Boardwalk Empire. But a decidedly different target audience likely associate the 33-year-old actor with another character entirely: star quarterback Henry Parker on Dawson's Creek. Sure, he only appeared in 15 of the 128 episodes of that long-running soap, but it's doubtful many fans forgot about the blonde-haired football player who courted Michelle Williams' Jen throughout most of her junior year. Sure, he ended up dumping her when he left for boarding school, but by then our Michael Pitt crush was already firmly ensconced in our hearts. Which just makes us feel ickier about thinking Mason Verger is attractive.

Mason becomes the main antagonist in Thomas Harris' third novel, Hannibal, which should tell you something about how his relationship with the titular doctor goes. Their climactic confrontation should result in just about the grossest thing that's ever been depicted on the show, which is certainly saying something. (If you want to find out exactly what happens to Mason, check out our article on his sister Margot — but beware, spoilers abound.) Hannibal isn't known for shying away from gory imagery, but Mason's fate should be even more gag-inducing than that time when...

...Dr. Chilton had to hold his own internal organs.

...someone used corpses as a mushroom farm.

Even worse? One of those guys was still alive.

Our favorite FBI investigator Beverly Katz found herself on the wrong end of Hannibal's knife... but at least she got a visually captivating death out of it.

...that dude woke up in the middle of a corpse-mosaic.

What's worse than waking up stitched into a giant mural of an eyeball made out of human corpses? Having to painfully rip yourself out of it.

...a killer turned his victims into his guardian angels.

Yes, this will definitely help keep the nightmares at bay, said no one ever.

How'd that get in there?

...someone turned a cellist into a human instrument.

Man, the string section sure is cutthroat. *rimshot*

...a crazy woman carved off people's faces because she thought they were wearing masks.

Wait, that wasn't a costume? My bad.

If the sight of a human corpse being pulled out of a horse's womb earlier in the episode didn't get you... then this moment, when a man — very much alive — had to pull himself out, sure did.

And that time when Hannibal and Alana had sex.

Now there's a makeout sesh we can get behind.

More like this
“The Door Is Always Open” For Another 'Breaking Bad' Spin-Off, Says AMC Boss
By El Hunt
The 'Hocus Pocus' Sequel Finally Has A Release Date & It Makes Total Sense
By Shannon Barbour and Radhika Menon
Lauren Rae Is Bringing Back The Sex And The City Vibes In Her New Memoir
By Shahed Ezaydi
Everything To Know About 'My Big Fat Greek Wedding 3'
By Grace Wehniainen
Get Even More From Bustle — Sign Up For The Newsletter