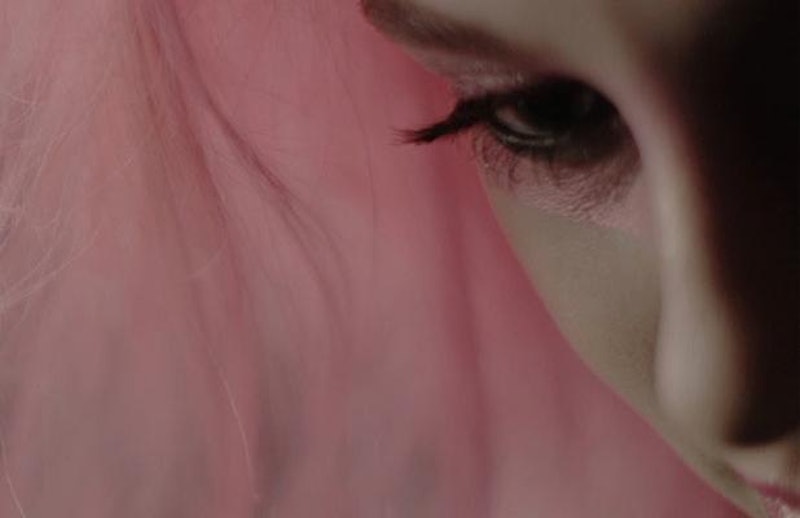 Jem was to the 1980s what Hannah Montana was to the 2000s. It was a cartoon about a girl named Jerrica Benton who performed on stage under the pseudonym Jem along with her band, the Holograms. There were reruns of the show in the early 90s and it was even released on DVD in the United States twice, which basically means that it shows up on every "You Know You're a Child of the 80s/90s When..." list. Naturally, the announcement that Scooter Braun was producing a live-action film version of Jem was met with celebration all over the Internet.

Aubrey Peeples of Nashville, Stefanie Scott of A.N.T. Farm, Aurora Perrineau of Pretty Little Liars, and Hayley Kiyoko of The Fosters will be playing the lead roles in Jem, the story of which has been updated for the modern age. Where the original show told the tale of Jerrica Benton as the head of a music label called Starlight Music who used her deceased father's "Synergy" computer system to create hologram projecting earrings that turn her into Jem, the plot of the live-action movie follows the story of an orphaned teenage girl who becomes an online singing sensation.

To build buzz for the movie, director John M. Chu has been posting Jem behind-the-scenes cast photos and a teaser poster on the movie's official Tumblr. From the looks of things, it's going to be just as epic as you would expect it to be after 30 years of cinematic development. And a lot like The Cheetah Girls, except better.

Jem's group consisted of Kimber Benton, Jerrica's younger sister, and their adopted foster sisters, the childhood friends Aja Leith and Shana Elsform. The first round of pictures featured the four actresses portraying them looking pretty cozy as they hung around off-camera. If they don't feel like foster sisters yet, then they're certainly going to once they finish rehearsals.

The teaser poster featured a small glimpse at each girl all Hologram-ed out. Their trademark hair colors glowed off the page as they gazed away dramatically. So basically all you need to know about the film right now is that the effort is being made to keep the girls as true to the 80s cartoon as possible and that just because you have pink hair doesn't mean you can't take a good emo shot.

Here's hoping that Jem and the Holograms don't go the way of the Cheetah Girls, who pretty much broke down once they tried to take their on-screen band off-screen. We all pretty much saw it coming when Raven-Symoné decided not to make the jump from the movie to an actual musical group, but it was still pretty sad. Worse, considering the film is in Scooter Braun's hands, let's at least hope Aubrey Peeples' Jem doesn't go the way of Justin Bieber.