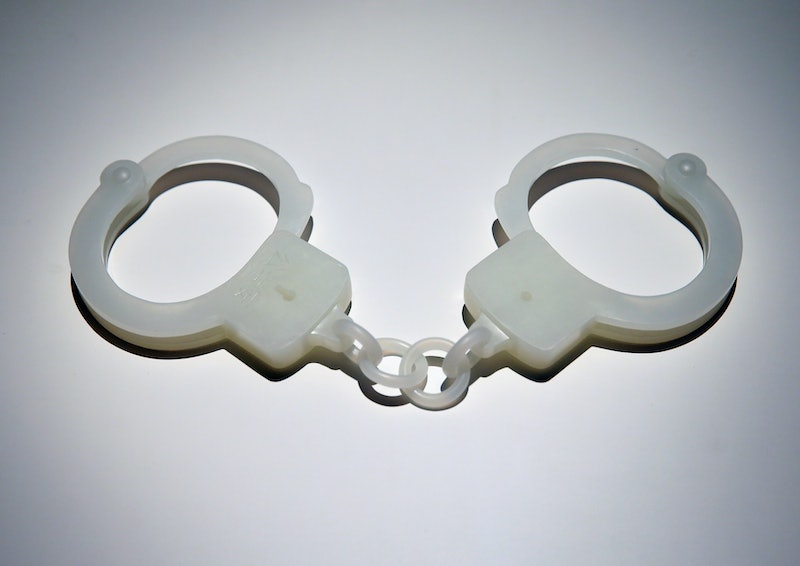 We're always hearing that we could be having better sex, a better orgasm, or a better relationship. But how often do we hear the nitty-gritty of how we can actually better understand our deepest desires and most embarrassing questions? Bustle has enlisted Vanessa Marin, a licensed sex psychotherapist based in San Francisco, to help us out with the details. No gender, sexual orientation, or question is off limits, and all questions will remain anonymous.

Now, on to this week's question:

Q: I’m interested in being dominated, but my boyfriend is kind of nice. Everything I've read said I should suggest the idea to him, so I have. He's always receptive in the moment, but then he never does it again. It's not because he doesn't feel comfortable — I just think it isn't his nature. It kinda kills it for me if I have to ask him to dominate me. How do I get things started if the whole point of the fantasy is for him to initiate being in control?

A: This is a great question! All of us have sexual fantasies, but many of us struggle with how to to make those fantasies become realities. Some people worry that having to plan for your fantasy to happen makes it less sexy, but I can guarantee you that a little foresight and initiative will make for a much more pleasurable experience. So let’s jump right in to how we can help you and your partner bring some domination into the bedroom.

Step 1: First, Make the Fantasy Clear to yourself

With any sexual fantasy, the first thing you want to do is figure out what exactly you want to play out. “Domination” has a wide variety of meanings, not all of which may actually appeal to you. Take the time to think through a few scenarios and get clear on what turns you on. Do you want him to simply be more assertive and in control? Do you want to be tied up? Do you want him to use paddles, floggers, or ball gags? Do you want to role play a rape scene? You don't need to feel ashamed if that's the case, but there are safe ways to enact a rape fantasy, and you need to do some research beforehand.

Of course, you can't know everything in advance, but it's important to be honest with yourself here about what, specifically, you'd like to see happen.

If the two of you have never incorporated domination into your sex life before, start by dipping your toes in the shallow end. You don’t want to overwhelm yourselves by attempting a huge, over-the-top production your first time out the gate. Think using a pair of restraints on your wrists, or even just having him pull your hair during sex. You can work your way up to more complex acts from there.

Step 2: Bring It Up Again

Once you figure out what you’re looking for and where you’d like to start, it’s time to bring it up with him again. Don't wait around for him to initiate. It’s your fantasy, so it’s your responsibility to get the ball rolling. Be casual but clear in your intentions. Try something like, "Hey you know that domination thing I’ve mentioned before? I’d really like to actually try that."

Don't be afraid to be specific either. You can say something along the lines of, "I was thinking about it some more, and what sounds hot is if you could be really bossy to me in bed. Maybe call me dirty names and demand that I service you. How does that sound?"

It’s quite possible that the only reason he hasn’t yet followed through on your hints is that he simply forgot, so give him a specific timeline, such as, "Could we give it a go tonight?" or, "How about this weekend?"

If he’s particularly shy or timid, you can assuage some of his fears by saying something like, "I know we've never done anything like this before, but I'm really interested in experimenting with you." Perhaps you even have a few hesitations of your own that you could share with him. Talk about the specific acts that are on or off the table, and see if you guys can find compromises. Say, for example, he’s not too keen on the idea of choking you, but he’s willing to play along with a little spanking.

I can't predict your boyfriend's reaction to your request, but I can offer a few guesses: Sometimes people can feel a lot of pressure around acting out their partner's fantasies. It might feel to him like it’s entirely on his shoulders to deliver you a night of crazy passion that lives up to all of your wildest dreams. Keep in mind that this is your fantasy, and make it clear to him that you’re sharing the responsibility in making it come to life. You can take some of the more visible or active steps, like purchasing the restraints or paddles, or you could keep expectations low by reminding the both of you that it’s also your first time experimenting with domination.

Step 4: Reinforce That This Isn't About Being Bored

Another fear that I frequently see come up is the worry that having a specific fantasy means you’re not attracted to your partner. Your boyfriend may be wondering if you’re more aroused by the fantasy of being dominated than the reality of who he is as a person. So if he's a naturally sensitive, considerate guy, he might feel self-conscious knowing that you get turned on by the idea of some masochistic brute pushing you around. You can alleviate these fears by telling him this fantasy is only one aspect of what turns you on, and reassure him that you don't just want any random dude to dominate you; you want him to do the job.

It’s also important to be a giving and generous partner in return. Ask your boyfriend if he has any fantasies or special requests you can help him act out. Make an effort to enthusiastically follow through on any of his desires, as long as they feel comfortable to you. Seeing that reciprocity on your end will likely inspire him to channel his dominant alter-ego more frequently.

Step 5: Pick a Safe Word, No Matter How Safe You're Playing It

Always agree on a safe word before experimenting with role playing, especially when power play is involved. A safe word is something you wouldn't ever say during a sexual interaction, like “penguin” or “bathrobe” (and, um, if you’re into penguin role plays, go with “zebra” instead). If the safe word is ever uttered during sex, it means, STOP. RIGHT NOW. Don’t ever use a word like “no” or “stop” for your safe word, as it’s likely you would use them during a role play, and having the old, “wait, is that a ‘stop’ or a ‘STOP’?” conversation in the middle of sex can be really awkward.

Most of all, have fun! And remember: this is your fantasy. Not being in control may be part of what you find arousing, but you still have to do the work to communicate what you want to your partner. Trust me, a little work beforehand will make things safe and sexy for both of you.