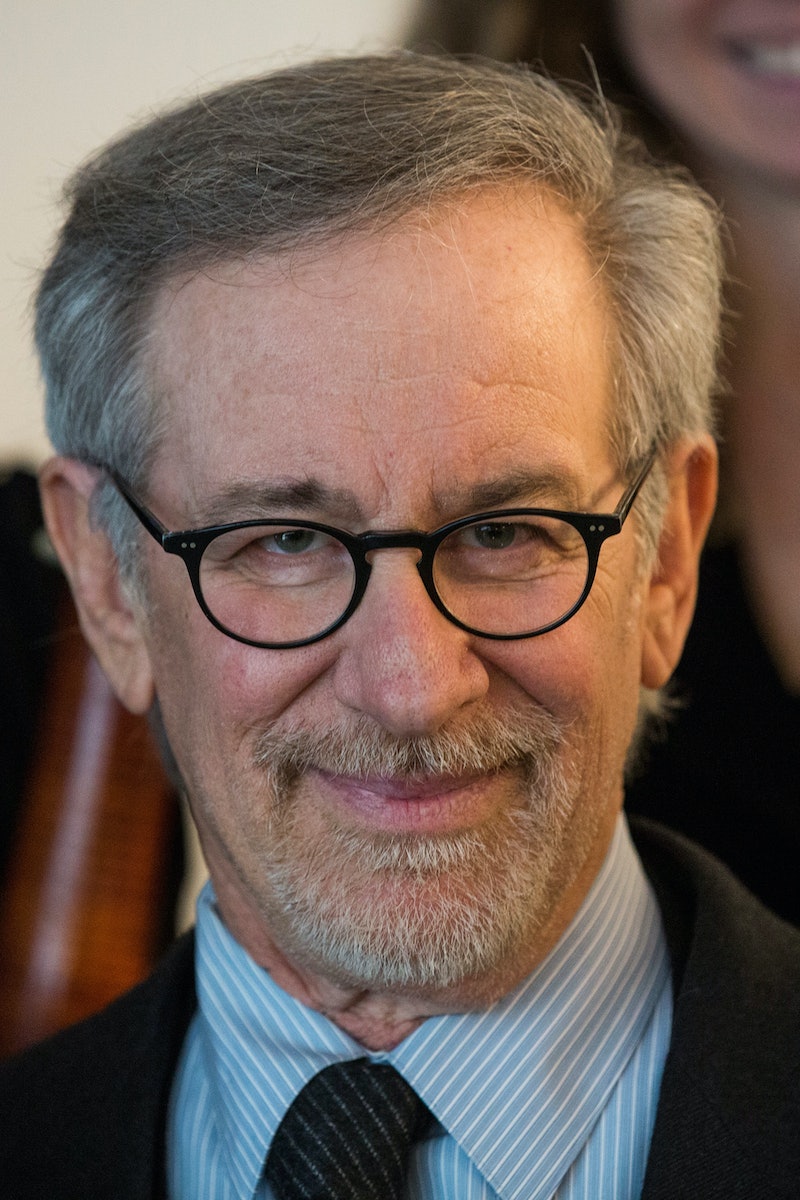 Great news for Roald Dahl fans or for anyone who ever had a childhood: Steven Spielberg will adapt Roald Dahl's The BF G for the big screen. Spielberg will team up with Melissa Mathison, who was the screenwriter for E.T, for the first time in 32 years to make this film. The movie is set to begin production in 2015, which means we have a while to wait til it actually comes out, but it will definitely be worth the wait. I mean, "Roald Dahl" is like a code word for childhood.

For a brief reminder for those of you who don't recall the 1982 book: it's a story about an orphan girl who befriends a big friendly giant. Get it? "BFG" equals "big friendly giant," because, hey, giants are nice and need friends, too. The giant and the girl end up teaming up to stop his evil brethren. The book included Quentin Blake's famed drawings, too.

Dahl's books really do translate well onto the big screen — think about how many of his beloved books have made their way to Hollywood! There was Matilda, Charlie and The Chocolate Factory, its Johnny Depp-less (but very much Gene Wilder-full) predecessor Willy Wonka and The Chocolate Factory, James and The Giant Peach, and The Witches. His stories about children and the adults who don't understand them — and the few adults that do — touched so many kids and adults alike, that seeing another one of his stories come to life is great news.

And, hey, there's someone in pop culture right now who seems like a good fit to play the BFG. He plays a big friendly giant in Westeros every Sunday night. Kristian Nairn! However, he'd have to say way more than just "Hodor" for this film.

More like this
What Song Does Eddie Play in 'Stranger Things'? Metallica’s “Master Of Puppets” Ignites The Season 4 Finale
By Alyssa Lapid
At 14, Jenny Han Wrote Rom-Coms About Her Friends & Fan Mail To Leo DiCaprio
By Alyssa Lapid
The 'Spiderhead' Movie Ending Is Nothing Like The Short Story It’s Based On
By Morgan Leigh Davies
Everything You Need To Know About The 'Knives Out' Sequel
By Grace Wehniainen
Get Even More From Bustle — Sign Up For The Newsletter