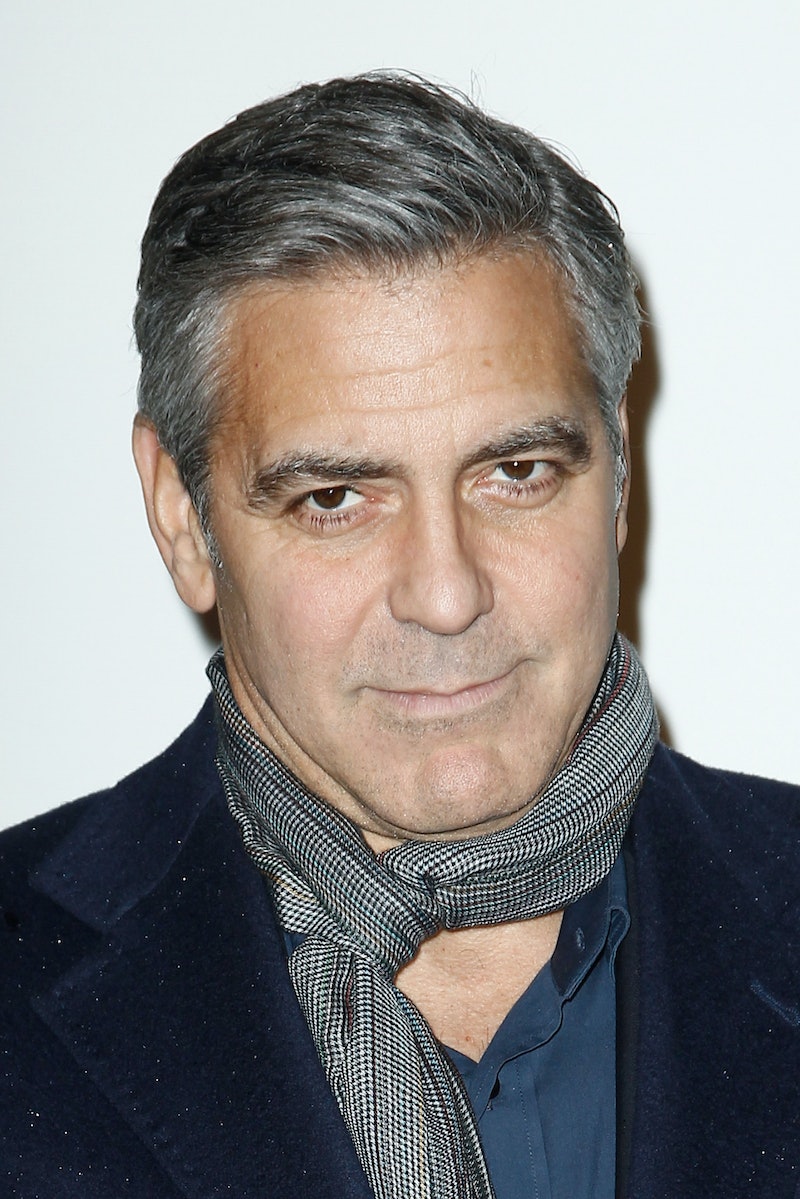 Grab your kids, grab your life savings, and grab all the canned peaches you can find. Because it seems as though the world is at last ending. At least, that's the only way to explain the latest piece of celebrity gossip to fill inboxes: The fact that eternal bachelor, George Clooney, is reportedly engaged to Amal Alamuddin, a British lawyer the actor began dating shortly after his break-up with Stacy Keibler. According to People, a source told the media outlet that Alamuddin was seen showing off an engagement ring to Cindy Crawford during a dinner in Malibu Thursday. Said the source:

George and Amal are trying to keep things very low-key but they also aren’t really trying to hide this, it doesn’t seem. I think it’s like they want the people they love to know that this is real, that they plan on being together forever.

The reason the news signifies the end of times? Clooney is the most notorious bachelor in Hollywood, having been one-half of several long-term relationships with the likes of Sarah Larson, Elisabetta Canalis, and Keibler that never led to marriage. In fact, since his sole marriage to actress Talia Balsam in 1989, Clooney has outright refused to wed, and hardly shied away from telling media outlets as such. Need proof? Read below all the times (well, most of the times) Clooney claimed he'll never get married, and, if the news about his upcoming nuptials is true, then prepare yourself for the zombie apocalypse. Good luck!

I’ve always known fatherhood wasn’t for me. Raising kids is a huge commitment and has to be your top priority. For me, that priority is my work. That’s why I’ll never get married again.

And again, in 2011, when discussing a foreign TV ad that showed him getting married, which was, as he said, the only time people would see him wed:

I think that's probably the best way ... on TV.

People forget that I was married. I love that: "Will he get married?" I don't talk about it, because I don't think about it.

I haven’t had aspirations in that way, ever. I was married in 1989. I wasn’t very good at it ... I was quoted as saying I’ll never get married again pretty much right after I got divorced and then I’ve never talked about it since.

And W Magazine, that same year, about the greatest love of his life:

I haven't met her yet.

Even Clooney's sister, Adelia Zeidler, got in on the non-nuptial fun in 2012, telling press that his brother would never head down the aisle:

No I would say he probably will not get married. If I had to guess I would have to say no. I know everyone says, "Well, Warren Beatty said he’d never get married and then he met Annette Bening," but you know that’s the only example people can think of, so it doesn't bode too well ... If he was going to get married he would want to be a husband and be somebody who would be there, who would have the time and the ability to focus on the family and the wife and the home and all of that ... And in the business that he is in he has to be able to get up and go. The majority of actors don’t really make their marriages work.

He's been married once before and swears he'll never do it again. So many people wind up with children or getting married who have no business doing it. He knows himself well enough to know that's not what he wants in his life. He's got to trust himself.

And Balsam, his ex-wife herself, when asked whether or not Clooney would ever wed again:

And even as recently as 2014, while promoting The Monuments Men :

This fascination with my love life is really something. I keep saying I'll never get married again or have children but people just don't want to believe me.

But the person having the best night of all? Not Clooney, but the actor's One Fine Day co-star, Michelle Pfeiffer, who will cash in if this report turns out to be true. As the actress said in 2007: