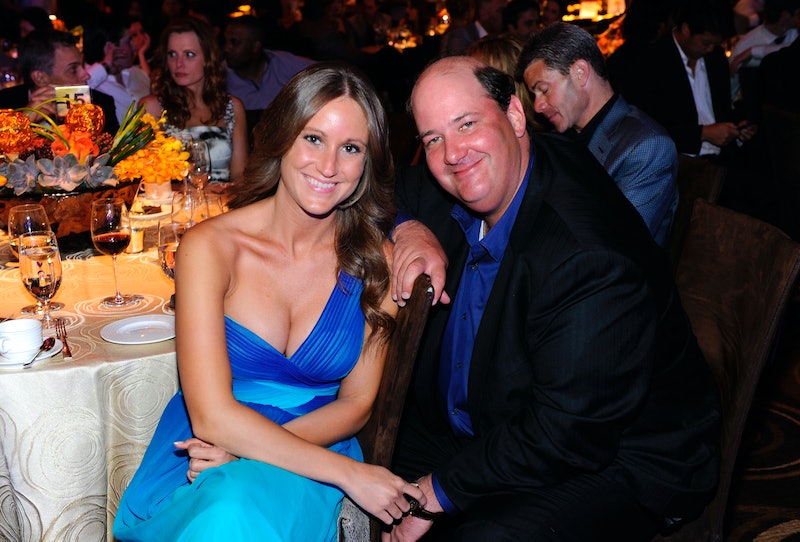 The Office may be long gone by now, but it'll take a long time for its specific cast of characters to start to fade from our hearts. One member of the cast — Brian Baumgartner — got married Saturday. Congratulations, Brian Baumgartner!

Baumgartner's best known for playing the dopey Kevin Malone on The Office. In real life he married girlfriend Celeste Ackleson in a ceremony that took place in the actor's back yard, according to Us Weekly. As one might expect from a group of people who worked together closely for a decade, several of Baumgartner's Office castmates were in attendance at the wedding, including former Angela Martin Angela Kinsey, former (slash eternally) Pam Beesley Jenna Fischer — who was rockin' a baby in her belly — and former (slash always) Jim Halpert John Krasinski. Also in attendance at the wedding was Krasinski's wife, Emily Blunt, and former Gossip Girler Jessica Szohr.

Prior to his relationship with Ackleson Baumgartner was married to Julia Fisher, a woman with whom he has one child.

Our congrats go out to Baumgartner on this joyous weekend. And we'd be remiss if we didn't use this occasion to reflect on all the ways his most famous character made us laugh.