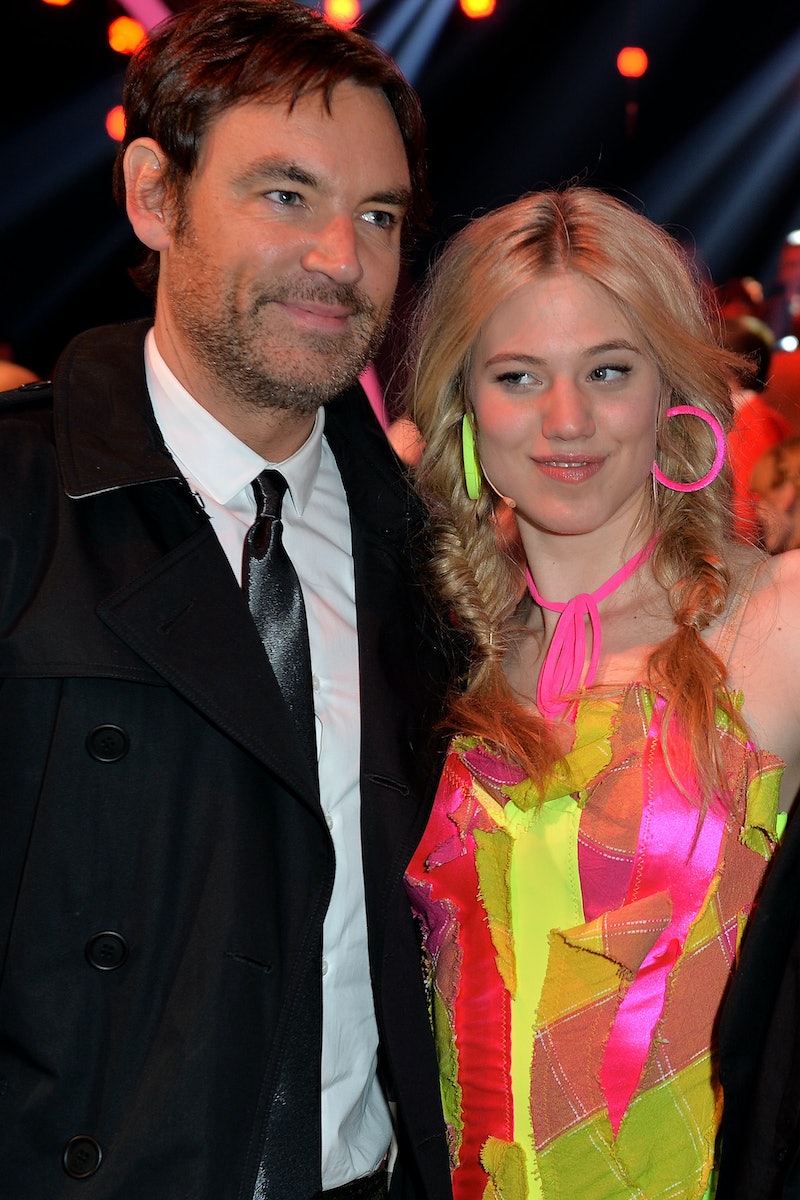 Whitney Sudler-Smith was quite the jet-setter last weeked! After taping the Southern Charm reunion in NYC on Thursday, Sudler-Smith headed to Europe. Why? To watch girlfriend Larissa Marolt win a ROMY on Saturday! (A ROMY is a television award, and is more or less the German Oscar.) (Yes, I do realize the Oscars are given out for movies, not TV.) Yowza, Marolt! Congrats. Marolt and Sudler-Smith attended the ceremony together, and they looked very fancy. Ya know, like you do at award shows.

How’d I find all of this out? No, I wasn't skimming through German newspapers this afternoon. I can't read German, so it's not like I'd understand any of the articles about the ceremony anyway. This news was brought to my attention when Sudler-Smith tweeted a photo of the two of them at the ROMYs. Interestingly, he tweeted it at Bravo’s Twitter account. Hm hm hm. Why would Sudler-Smith tweet this announcement at Bravo directly?

To be fair, the Southern Charm cast does tweet directly at Bravo a lot. I get it. Keep the channel in the loop, show ‘em what exciting things you’re up to, remind 'em why you deserve a second season, et cetera. But this isn't the first time Sudler-Smith and Patricia Altschul have tweeted at Bravo about Marolt. Marolt isn't a cast member, so why reach out to Bravo about her?

Maybe they’re just excited about Marolt’s endeavors and they want to share their excitement with Bravo. That’s very lovely. Maybe Bravo asked them to keep 'em posted. Or maybe they just @reply Bravo out of habit. No shame in any of that.

WARNING: Things are going to get incredibly speculative for a moment. Proceed with caution.

But I’m digging into those tweets, for 'tis my nature. What do they mean? Could there be more to the supportive tweets? Might they be promoting Marolt? Could they possibly be campaigning to make Sudler-Smith’s girlfriend a regular cast member on the show (assuming it gets picked up)?

Here’s where my brain went: Sudler-Smith and Altschul could want a spinoff. Marolt is part of the hypothetical pitch: “It’s a show about a fabulous lady, her filmmaker son, her son’s reality TV star/model/actress girlfriend, and her personal chef who won’t stop putting bourbon in everything. People would FLOCK to it.” These tweets could be a “see how amazing, Bravo? SEE?!”

Altschul hypes up Marolt to Bravo:

Altschul lets Bravo know that Sudler-Smith and Marolt are in magazines:

Sudler-Smith didn't announce Marolt's ROMY win to the world. He announced it to Bravo:

Yes, my entire theory is based on only three tweets. Not satisfied? You want another tweet? Here's a good one:

May I humbly request Siegfried and Roy the Pomeranians get a spinoff as well?