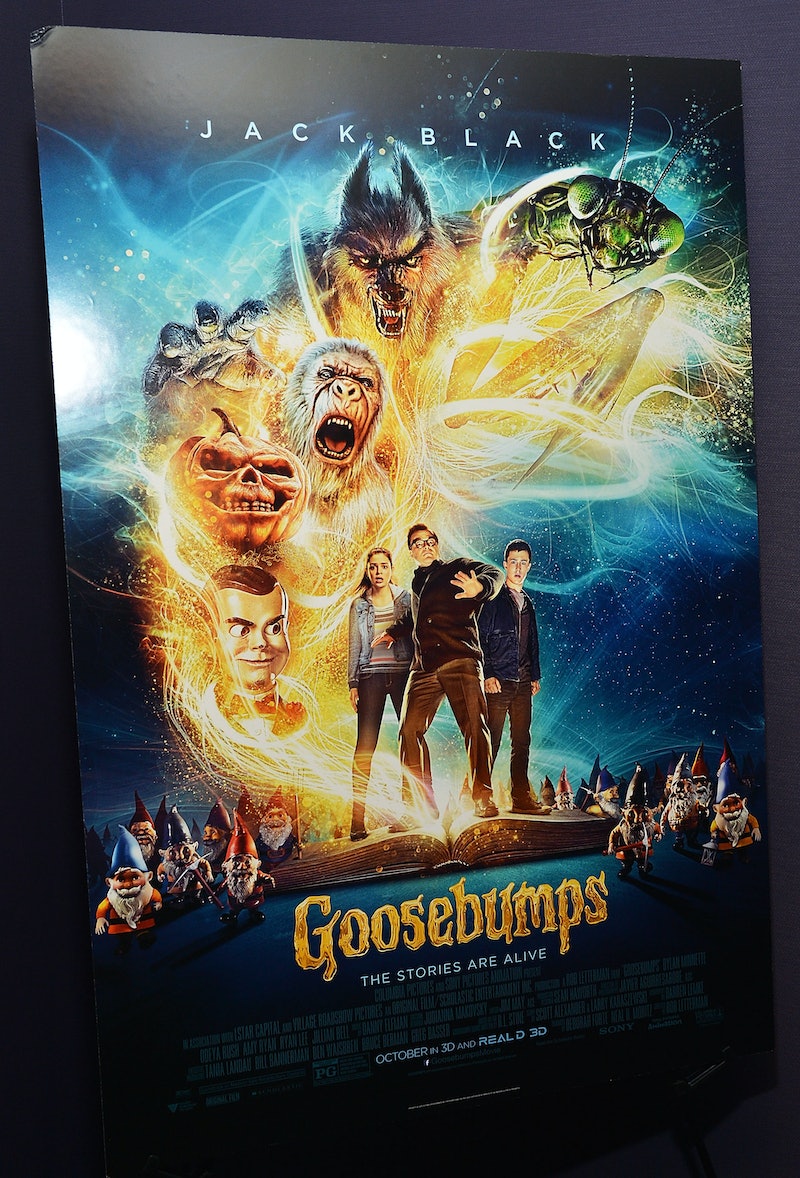 Most of those boring children's books we grew up with teach the lessons that parents think their kids need to learn. Pleasant, sociable skills like caring, sharing, and knowing how to transport yourself to a parallel universe filled with talking animals. But there was only one series that dared to teach the real skills necessary for adult life: mainly, maintaining a constant mindset of fear. Yes, only R.L. Stine's Goosebumps revealed adulthood as the terrifying roller coaster that it is — full of disappointments, false starts, and emotional vampires (and also some actual vampires).

But you look like you could use a refresher course (either that, or you accidentally swallowed some monster blood). So let's take this opportunity to remember the series' most important lessons, like:

Always LOOK OUT FOR #1

You've got to be your own advocate, because everyone else is caught up in their own drama like looking for mummies, or fighting mummies, or being attacked by mummies, or doubting the existence of mummies. You gotta do you, because no one else will. Plus, mummies.

Look at each of your friends and honestly answer the question: "Would I want to be trapped in a mirror forever with this person?" If the answer is no, then move along.

NO ONE CAN SOLVE YOUR PROBLEMS BUT YOU

You can't just go running to your parents about every little thing. Also, your parents definitely won't believe you, because they're too busy being scientists/negligent/negligent scientists. So work hard, and try to solve your own issues. So what if you accidentally become a werewolf in the process? Being a werewolf builds character!

As seen in: Werewolf Skin (#60)Not even your family. Actually, especially not your family. After all, isn't taking care of you and loving you just the ultimate long con? WHAT IS YOUR FAMILY TRYING TO HIDE WITH ALL THIS "LOVE" STUFF, ANYWAY?

Yep. No matter how much you perceive yourself to be the victim of some cruel cosmic drama, to someone else, you're the asshole. Or the monster. Or the real ghost. Or the one who keeps using up the toilet paper and not replacing the roll. Learn to accept it.

Because almost all camps are nightmare factories run by ghosts. Don’t go. Jump off the bus, roll into a ditch on the side of the highway, and start a new life at that truck stop with the Waffle House if you have to. Do whatever it takes. Just stay away.

YOUR OBSESSIONS WILL LEAD TO YOUR RUIN

Think of all of the things these Goosebumps kids could have gotten done with the time they spent obsessing over scaring their enemies. At the very least, they could have kept living a charmed, naive existence where they didn't know that monsters actually existed.

STAY AWAY FROM UNFAMILIAR TERRAIN

When you’re on new ground — like, say, you're a city kid in the swamp — you're thrown off your game and your opponent has the advantage. So play it extra safe, and never leave your town. Actually, best never leave your house.

YOUR SEARCH FOR EVEN BENIGN NOVELTY WILL DESTROY YOU

Think you’re just harmlessly trying to liven up your dull life by sleeping in another room in your house? Think again, jerkoff! You’re bending the very fabric of reality! Which we specifically told you not to do! I shudder to think what could have happened if you'd started using the guest bathroom on the regular.

YOUR BOREDOM WILL ALSO DESTROY YOU

Did you know that 70 percent of all bored people end up attacked by deranged scientists every calendar year? Don't become a statistic.

AND EVEN IF BOREDOM DOESN'T GET YOU, JEALOUSY WILL

Decisions made out of jealousy will only lead you to shame, regret, and being clocked in the head by a tiny, angry wooden doll.

Being popular and successful is kind of a pain in the ass. Sometimes it’s preferable to do your own thing, and let those government scientists track down your show-boating arch-rival who can also fly, you know?

...And then BECOME THE BOSS

You're a special person, and if others can't recognize that, why not become their evil, monstrous overlord?

THERE’S PROBABLY AN EXPLANATION, BUT THAT DOESN'T MEAN IT'll MAKE YOU FEEL ANY BETTER

“They were robots the whole time” counts as an explanation, right? Well, sometimes, in this life, that's the best you're gonna get.

For god's sake, STAY OUT OF THE Damn BASEMENT

Seriously. How many times does this series have to tell you to stay the hell out?