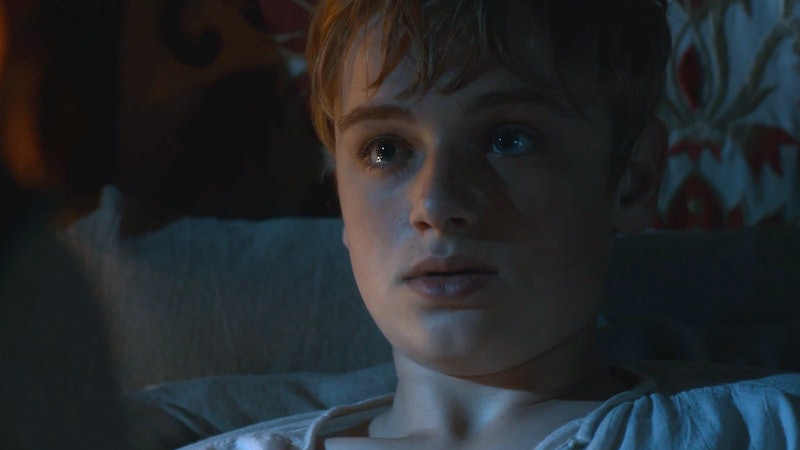 Nooo! Our favorite Lannister cat, Ser Pounce, will not appear in the rest of Season 4 of Game of Thrones. This is so disappointing, considering how delightful it was watching little Tommen treat his kitty with such kindness and adoration. Also, the future king is a Cat Boy.

An HBO rep told New York magazine's Vulture that the feline, who is undoubtedly the most lovable living creature in King's Landing, does not appear in the remaining six episodes of Season 4. Fortunately for fans of Ser Pounce (and Tommen — seriously, how the hell could Tommen be related to the now-deceased ex-King Joffrey?!), there's "no word" yet if Ser Pounce will appear in the coming seasons, but hopefully he will. After all, how paradoxical would it be to see a king sit on the Iron Throne... with a cat?

So guys, let's take a moment to appreciate Game of Thrones and its pets. We've got the Starks and their beloved direwolves, Danaerys and her dragons, and... Tommen and his kittens. Let's over analyze this. Starks have wolves, as wolves are part of the very loyal canine family, Daenerys has dragons because she's a mythical badass, and Lannisters (well, he thinks he's a Baratheon, but know better) have cats because... obviously.

Anyway, we'll miss this Lannister kitten as he mysteriously disappears into the television abyss. And for that, we must sing:

And be warned, because: