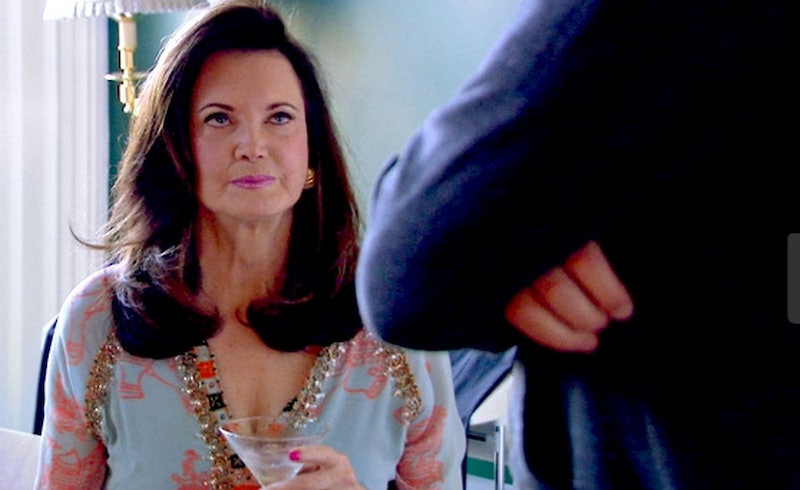 "What do you mean Patricia Altschul won't be there?" I yelled at my computer screen Monday morning. This outburst occurred after I watched a preview for the Southern Charm reunion. "She is the heart and vodka, er, soul of the show! Tell me you're lying!"

Sadly, the video was not lying. The reunion came and went, and Whitney Sudler-Smith's awesome mother never sauntered into the Bravo Clubhouse. The cast members in attendance talked about how amazing she is for a few minutes (if host Andy Cohen let them spend a majority of the reunion gushing about Patricia, I would've supported it), and that was it.

When I woke up Tuesday morning, I was still bummed about the season MVP's absence.

A Letter To Bravo Inspired by the Southern Charm Reunion:

Let me start out by saying that Monday night’s Southern Charm reunion was pretty terrific. It really was. It wasn't perfect, but it was great. Thank you for organizing that last-minute reunion. Much appreciated. I mean that from the bottom of my heart.

Now that I've buttered you up, I have a humble request. This request comes from a place of love.

The reunion lacked someone critical, someone crucial: Patricia Altschul. I realize she had the flu. I realize it was out of your hands. I realize there was very little you could do. Patricia is too glamorous a lady to Skype into a reunion when she's feverish, so that option was off of the table.

A Patricia-less reunion is not a complete reunion. She's as much a part of the cast as any of the main six. BUT! It's not too late to fix this.

Here is what I propose: a second Southern Charm reunion. Not a do-over, just a part two. Eh, eh? Work with Patricia's schedule. If something comes up at the last minute, move the reunion to accommodate her. Go wherever is most convenient for Patricia. Tim Gunn this thing and make it work.

I've built it up in my mind that Patricia and Andy would make a fantastic team. The two could co-moderate. Or she could simply be a guest. Either option is a-okay by me. Whatever she wants to do. It's her call.

I would watch with my chin in my hands, wide-eyed and open-eared. I'd take copious notes. Moderator or guest, Patricia would undoubtedly do and say only perfect things. She would have a martini in hand the entire time. Her slow, creeping smile would come out at the right moments. And her sideye would be LEGENDARY.

Oh, what it would've been like to have her at the reunion in the first place. Sigh.

When Shep Rose brought up spreadsheets:

When Jenna King said she makes her money playing Craps:

When T-Rav said watching himself on the show caused him to cut back on drinking:

Whenever she felt it was time to throw to commercial (let's be real: she'd call the shots. PUN INTENDED!):

I realize I'm preaching to the Church of Patricia choir right now. I know y'all are as enamored by Pat as I am. I have to assume you were as devastated that she wouldn't be there as we fans were. But like I said, it's not too late. You can make this dream a reality!

A second Southern Charm reunion. Patricia Altschul. It'd be great. I know I'd be on board.

Your consideration means a great deal, Bravo. Thank you for your time.