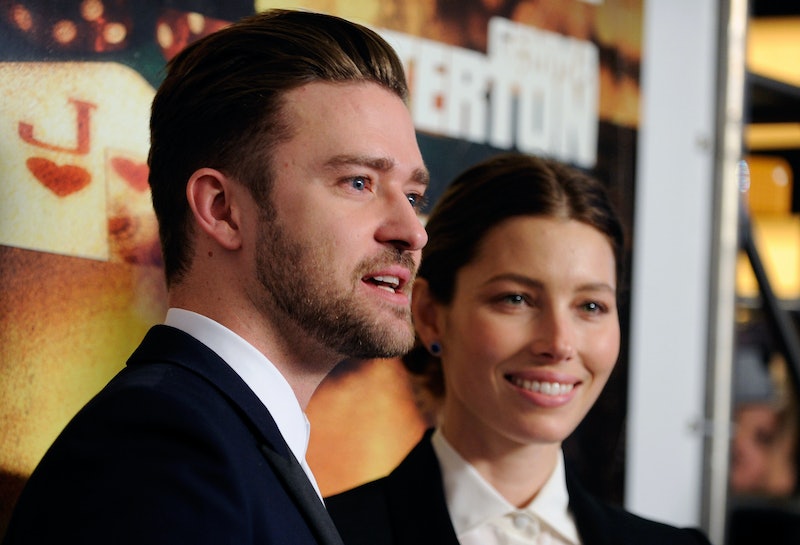 Sometimes, you just know. And we knew since the moment they started dating that Justin Timberlake and Jessica Biel would be one of our favorite celebrity power couples. That's why a few months ago, we were shocked to hear that there are rumors the pair may be on the outs, with Biel's absence from Timberlake's appearances on the American Music Awards and Saturday Night Live late last year as one piece of "evidence." While those claims seemed to be pretty crazy, we're still curious if Biel will be by Timberlake's side at Thursday's iHeartRadio Music Awards, where he's nominated in five categories, including "Artist of the Year."

Whether Biel shows up at the awards ceremony or not, we're certainly hoping all's well with the couple whom we feel like we've known for ages (celebrity culture is weird that way). Timberlake and Biel have known each other for ages: though they have only been married for two years, their relationship began many years ago.

Back at the start of 2007, Timberlake was fresh off his break-up with Cameron Diaz, whom he had dated for four years. Shortly after, he and Biel met through mutual friends. They were also seen chatting at Timberlake's Golden Globes after party at the Beverly Wilshire Hotel that year, where he and Diaz also reportedly had an argument.

Like the gentleman that he is, Timberlake checked with his friend to make sure it would be all right for him to give Biel a call. Surprisingly, she didn't jump at the invitation. "I had to be pretty persistent in order to get her to say yes," Timberlake said at a press conference in 2012. They were later seen cozying up at the 2007 Sundance Film Festival.

From then on, the romance was, as they say, whirlwind. Biel was spotted with Timberlake all over Europe during his 2007 world tour. In 2008, they appeared together at a rally to support Barack Obama's presidential campaign. Biel made a surprise appearance on Saturday Night Live as a live-action version of Jessica Rabbit who seduces Timberlake away from Andy Samberg's Cathy.

Things temporarily cooled with the couple when they mutually decided to end their relationship in March of 2011. Their reps released a statement saying, "The two remain friends and continue to hold the highest level of love and respect for each other." Though it sounded like it ended amicably, a little part of us died.

A few months later, it seemed like things were heating up again between the two. They were spotted biking in Toronto, strolling in Colorado, and dining in Los Angeles. "She is the single-handedly most significant person in my life," Timberlake told Vanity Fair in June even though they weren't publicly back together.

Things were so low-key with the couple, it was pretty much a shock to hear they were engaged when the news broke on Jan. 4, 2012 that Timberlake had proposed to Biel while they were on vacation in the mountains of Wyoming. It doesn't get any more romantic than that, y'all. The couple wed on Oct. 19, 2012 in Italy, where Biel wore a pink Giambattista Valli gown and Timberlake serenaded Biel with a newly-written song. Okay, we lied. That's the most romantic thing ever.

Since then, Timberlake and Biel have continued to be their adorable selves on the rare occasions we see them in public together. We're just happy knowing they're happy.