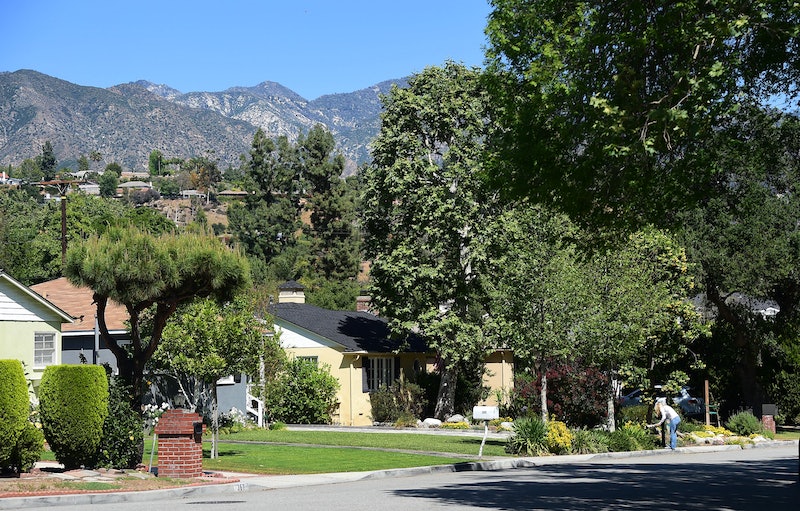 You'd be hard-pressed to find Orinda, California residents who mind living under the radar. Yes, unlike its neighbors Oakland and San Francisco, Orinda is a rather endearing suburban town. We have an ice cream parlor that still looks the same as the day it opened its doors in 1950; a school named after a popular children's book; and the type of neighborhood where residents smile and wave as you drive past. No, it's not Wisteria Lane — it's Orinda. If you're from here, you know what I'm talking about. There are some things only we Orinda natives can truly understand.

THE SOCIAL NETWORK WAS YOUR FAVORITE MOVIE

If only because the first girl Justin Timberlake (as Sean Parker) hooks up with is from Orinda.

NO ONE YOU MEET Outside California KNOWS WHERE ORINDA IS

and Some people even THINK YOU LIVE IN THE OC

Why yes, I am in mood for last year's best picture Oscar winner or a family-friendly cartoon.

though SOMETIMES YOU WENT there JUST TO GOOF OFF

The uber-buttery popcorn and worn-in movie seats alone were worth the cost of a ticket.

YOU EITHER grew up NEXT TO A FAMILY WITH YOUNG KIDS…

...OR A RETIRED COUPLE

There is no in between.

Although you likely didn't understand the significance of the name until later.

The fact that People's Park somehow managed to stay in the 60s while the rest of the world moved on is a puzzle in itself.

...UNTIL YOU REALIZED IT WAS YOUR FAVORITE PLACE EVER

The parents responsible for the painted plates and cars graffiti'd with kids names are in dire need of an intervention.

YOUR PARENTS INEVITABLY PUSHED YOU TO TRY IT

You may not have been as enthused about the idea as they were.

and yes, YOU KNOW THAT 17 OLYMPIANS WERE ORINDIANS

AFTER ALL, ORINDA IS AN UBER-ATHLETIC TOWN

Overweight? High school must have been extra fun for you.

...followed by THE PARKING LOT AT BEVERAGES & MORE

(For your parents' dessert.)

This constituted dressing for 'winter'

An umbrella, a Northface fleece, and some skinny jeans were the go-to uniform.

YOU WENT TO NATION'S AFTER PROM FOR A BURGER

The greasy spoon vibe and amazing blueberry pie made it the perfect high school hangout.

though YOU WERE USED TO NOTHING STAYING OPEN PAST 8 PM

College life was a revelation of sorts.

YOU HAD A FRIEND WHO DRAG RACED ON GRIZZLY PEAK…

Somebody watched The Fast and the Furious too many times.

AND WISER FRIENDS WHO simply PARKED THERE FOR THE VIEW

you know that WHILE OAKLAND AND SAN FRANCISCO winters LOOK LIKE THIS...

The term "microclimate" doesn't even begin to describe the phenomenon.

most of all, no matter where you go, ORINDA STILL FEELS LIKE HOME

And you know it always will be.

More like this
These Are The 3 Most Mellow Zodiac Signs
By Kristine Fellizar
These 4 Zodiac Signs Have Naturally Inquisitive Souls
By Nina Kahn
Heinz Just Relaunched A Bean-Tastic '90s Fave
By Sam Ramsden
23 Genius Gifts To Get Someone You Don't Know Very Well
By Jessica Booth, Lauren Grant and Brittany Leitner
Get Even More From Bustle — Sign Up For The Newsletter