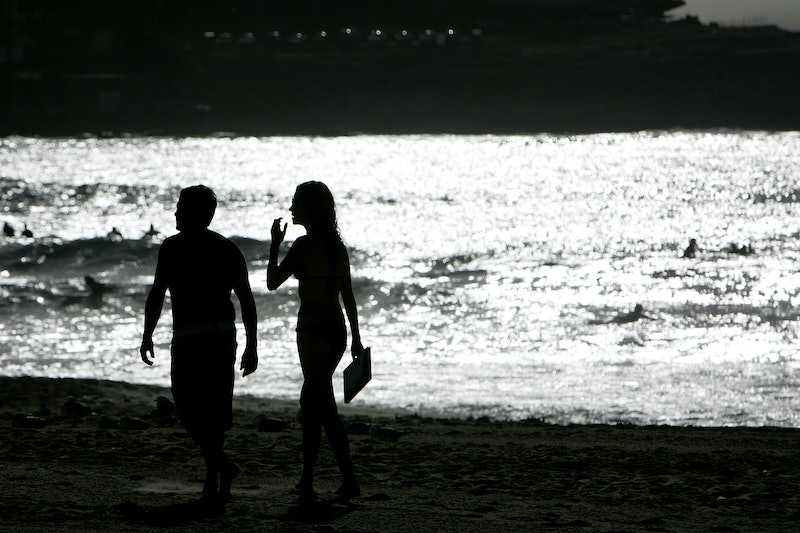 We all know there are lots of things that are contagious: STDs, the flu, saying "like" unnecessarily often. Well, allegedly divorce is contagious too. That's right folks, according to a new study from Brown University, divorce can be catching.

Of course, you can't really "catch" divorce the way you would the common cold, but the study, based on three decades of data from thousands of subjects from Massachusetts, suggests that divorce is a type of "social contagion" and that one couple's divorce may make their friends more likely to split themselves. In fact, 75 percent of participants were more likely to get divorced if one of their friends did, and a whopping 33 percent saw their odds of divorce go up if even a friend of a friend ended a marriage. Yikes!

It's hard to pin down exactly why divorce might be so contagious, though there are a few possible explanations. Psychotherapist Tara Filippelli says that some of it might come back to the way in which emotions can transfer between people. “Emotions are contagious, and if you have somebody really unhappy in their relationship around you all the time, you may start to be a little bit more critical of your own relationship,” she says.

It's also possible that hearing about a friend's divorce could make couples who are already struggling question their own commitment even more, or just begin to see divorce as a more realistic option (even though lots of people will still be judging).

The good news is that none of these things is likely to derail a relationship that's already solid. And if you feel like your friends' relationship problems are starting to affect your own love life, giving yourself a little space from them can be beneficial, if for no other reason than it might help you figure out how you yourself feel without someone else's influence.

But it's certainly also true that for some people divorce is the best option, and if seeing a friend make that decision helps a person realize that they themselves might be better of splitting from their spouse, then maybe contagious divorce can sometimes be a good thing? I mean, people get divorced for all sorts of reasons, and I'm pretty sure adults don't make major life decisions just because of peer pressure.

Still, whatever your situation may be, if all your friends suddenly start ending their marriages, it might be best to pay extra attention to how their problems are affecting your perceptions of your own, just in case.