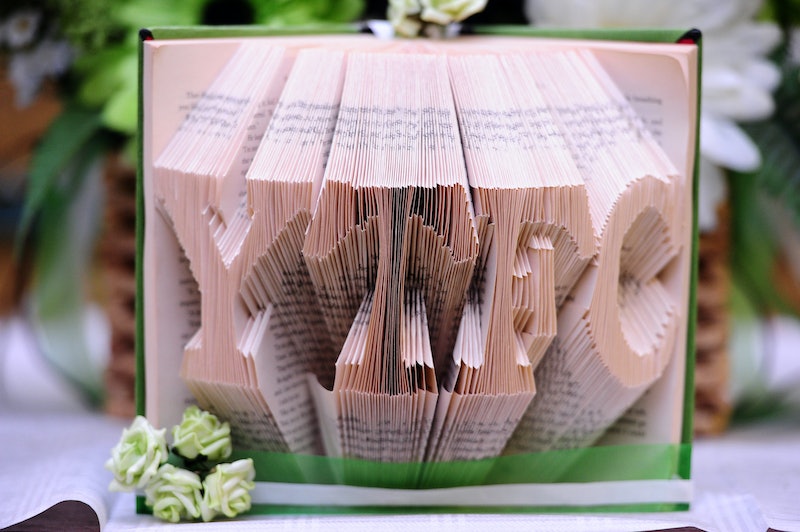 If you’ve ever longed to be thought of as an erudite individual with an intellect sharp enough to cut through concrete, here’s an easy way to get it done: Using your middle initial in your name will make people think you're smart. According to new research, we associate people who use their middle initial with “intellectual heft.” Who knew?

Hilariously, the psychologists who published the research are both up to their eyeballs in middle initials: Eric R. Igou of the University of Limerick and Wijnand A.P. Van Tilburg of the University of Southampton. “People’s middle initials have a particular and powerful effect on how people are perceived by others,” they wrote in the European Journal of Social Psychology; “The display of middle initials increases the perceived social status of these people, and positively biases inferences about their intellectual capacity and performance.” And if you’re lucky enough to have had your parents bestow multiple middle names upon you? Be like Van Tilburg and use two or three middle initials. The more initials, the better.

According to Pacific Standard, Van Tilburg and Igou drew their data from seven different studies. The first asked 85 students from the University of Limerick to read an article describing Einstein’s theory of relativity and assess how well it was written. The catch? Although the article remained the same for each student, the author’s name varied, alternately being presented as David Clark, David F. Clark, David F.P. Clark, or David F.P.R. Clark. They found that the addition of just one middle initial — “David F. Clark” — was enough to significantly raise the students’ esteem of the author. “David F.P.R. Clark” scored even higher. Not only that, but the result was duplicated twice: A similar study conducted with a group of 92 volunteers recruited online found the same bias, as did one featuring 76 students from another Western European university. The other six subsequent studies further confirmed the bias.

Anyway: How do we explain this wacky phenomenon? Tilburg and Igou’s most convincing argument notes that we often encounter names with multiple initials in “intellectual domains” — that is, letters from doctors, lawyers, or other high-status professionals are often signed by its writer with a middle initial. Interestingly, though, it’s also possible that “social groups with habits of giving their children more middle names have overall more resources available for education” — or, more simply put, the wealthy tend to give their kids longer names.

Although as Fast Co. Design points out, you might want to be careful what those initials spell when you give them to your kids — back in 1999, a group of psychologists studying the effect of “power symbols” on mortality discovered that people with initials that formed a positive word lived considerably longer than those with initials that formed negative ones. So: “A.C.E.”, “W.I.N.”, and “J.O.Y.” equal good; “S.A.D.”, “R.A.T.”, and “B.A.D.” equal… well, bad.

Hmmm. I wonder if I’m the only writer seriously considering changing her byline?

More like this
Here's How To Support Jewish People Amid Rising Antisemitism
By Hannah Orenstein
These Are The 3 Most Mellow Zodiac Signs
By Kristine Fellizar
Emily Ratajkowski & Pete Davidson's Astrological Compatibility, Revealed
By Nina Kahn
23 Genius Gifts To Get Someone You Don't Know Very Well
By Jessica Booth, Lauren Grant and Brittany Leitner
Get Even More From Bustle — Sign Up For The Newsletter