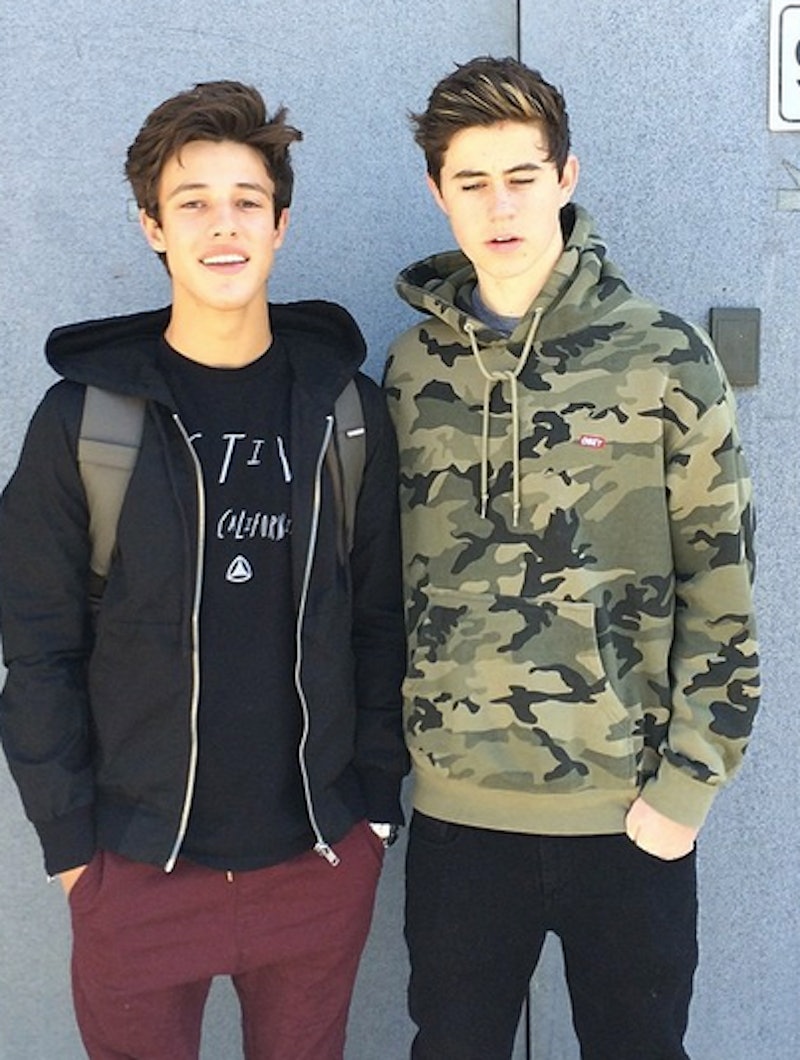 Depending on your age and social media literacy, you might have heard of Cameron Dallas and Nash Grier. The two teens are insanely popular on Vine, a platform that allows users to post and share six-second videos. For Dallas and Grier, the average video gets hundreds of thousands of likes and almost as many shares. It seems their online stardom finally caught the attention of someone in Hollywood, as Dallas and Grier now have a movie deal. No details are available, but it's safe to assume that the movie will be more than six seconds.

Can Dallas and Grier handle a full-length movie? Can their fans? The teen-focused production company AwesomenessTV seems to think so, as the company, owned by DreamWorks, has partnered with the young stars. The CEO and executive producer Brian Robbins said that a movie is "a natural next step for them," and as someone who's worked with Internet celebrities before, his confidence should be reassuring to fans.

Robbins produced 2010's Fred: The Movie, a feature-length film based on Fred, a then-popular fictional character created by teenager Lucas Cruikshank on YouTube. Rather than being released in theaters, Fred: The Movie premiered on Nickelodeon and was very successful, earning over 7 million viewers. However, a key difference between Fred and Dallas and Grier is that Fred was a sole character explored through an entire series of YouTube videos, while Dallas and Grier's Vines cover many random topics and don't exactly have time for narratives in that six second limit.

Whether making fun of their parents or school or girls or just hanging out, every Vine is different and none could really be pieced together to create something resembling a story. Dallas and Grier each also have a YouTube channel and though those videos are much longer than their Vines, they still serve to make fun of random things or show the guys hanging out with their fellow Internet famous friends.

Hopefully Dallas and Grier can come up with something that will keep audiences entertained for more than a few seconds. They may have millions of adoring followers now, but it's a lot harder to keep people for happy two hours than six seconds.