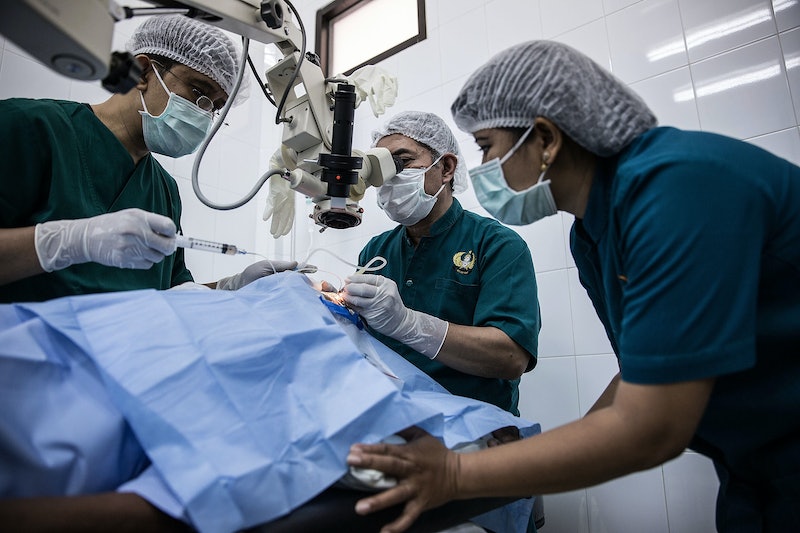 In the second piece of good news for transgender Americans this week, the Department of Health and Human Services is expected end Medicare’s blanket ban on sex-reassignment surgery, possibly within the next couple of weeks. An HHS panel tasked with reviewing the policy will soon issue it’s findings, and according to BuzzFeed, it will rule against the ban. While this doesn’t mean Medicare will necessarily begin covering sex-reassignment surgery, it does pave the way for that eventuality, and could have an effect that reaches far beyond Medicare.

Since 1981, Medicare has considered sex-reassignment surgery to be “experimental,” and thus hasn’t covered it. However, thanks to a lawsuit challenge filed by LGBT groups — and decades of gradually changing attitudes toward gender and sexuality — the agency may soon lift that ban. This would allow the government to study coverage options for sex-reassignment surgery, which would in turn make it possible for Medicare recipients seeking that surgery to be reimbursed.

The challenge was filed on behalf of Denee Mallon, a 73-year-old Medicare recipient and Army veteran whose doctors recommended that she undergo sex-reassignment surgery to overcome her gender dysphoria. A positive ruling by the HHS board would be great news for folks like Mallon, but it could ultimately effect more than just Medicare recipients.

The private marketplace has thus far been slow to offer coverage for sex-reassignment surgery thus far. However, private insurers often take cues from Medicare in determining their coverage options, and have often used Medicare’s policy as a justification for denying sex-reassignment coverage to transgender enrollees. As such, an indication from HHS that the surgery is a legitimate medical need, and not an “experimental” procedure, could go a long way in compelling private insurers to expand their coverage options.