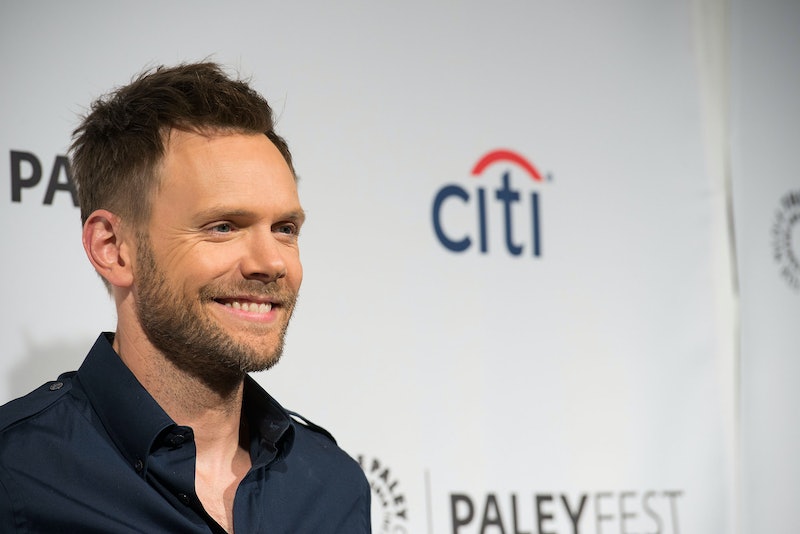 In the 90 years of White House Correspondents' Dinners, there have been only three solo female hosts: Paula Poundstone in 1992, Elayne Boosler in 1993, and Wanda Sykes in 2009. And this year, we've been saddled with yet another male at the helm. The dinner will be hosted by E! darling and weathered Community veteran Joel McHale. Excuse me if I hold my applause because hey, Obama: why no love for the ladies?

To be fair to the WHCD, the tradition of a single comedian serving as the presidential roast master began in 1983. Before that time, there were a variety of traditions, from a specially-created original film before WWII to a musical variety show all through the 1960s. But since the dinner's creation in 1921, there have been only 15 women who have headlined in the festivities, in a crowd of over 100 top-billed performers. In case you were wondering, that's worse than the abysmal number of women in Congress.

But the WHCD has an even more insidious reputation with women. In 1962, 46 years after Jeannette Rankin was the first woman elected to U.S. Congress, women were still banned from attending the dinner, as they had been since its inception. Trailblazing journalist Helen Thomas finally convinced President John F. Kennedy to lift the ban by threatening to skip the event.

Though this particular state function has a misogynist past, this year seemed poised for more female comedic involvement. Lorne Michaels finally hired more women of color on SNL; soon there will be an entire slate of comedies written by and starring women, including more than one politically-themed romp; Tina Fey and Amy Poehler made the Golden Globes relevant once again, and we all are anxiously awaiting the next season of Orange Is the New Black, which inspires laughs and the occasional gasp. This year, more than ever before, we were primed for a female host.

President Obama's track record for hosts has been better than most, since he invited Wanda Sykes to host back in 2009, but he could have made history as the first president to invite two female comedians to the stage during his tenure, after being the first to recruit a woman of color. Had he invited another woman to host, Obama could have cemented his position as the most comedically-progressive president ever, topping George Bush Sr. and Bill Clinton, who both were roasted by women once during their terms.

Maybe he reached out to the ladies, but they were all busy?

Amy Poehler must have been too swamped producing Broad City to roast the President in a power pantsuit. Tina Fey was probably similarly engaged, but with her newest show on NBC. Aubrey Plaza may have been considered, but clearly she'd go to all the too-real, mean jokes that a president with an approval rating falling faster than a broken drone wouldn't want.

And the other funny famous females? Hopefully Obama didn't forget Ellen DeGeneres, who was a fount of wicked stand-up before she moved to her own talk show. Sarah Silverman may have tweeted in advance to let Obama know that she's tied up filming Masters of Sex to participate in a petty gesture of White House-entertainer bonding. And of course, Maya Rudolph is the super-secret weapon in a new Disney film, so I'm sure she had to bow out, as well.

Given the history of the WHCD, it seems impossible that Obama's swan-song host wouldn't be a woman, unless they all turned him down. That had to have been what happened, right? Right? Please?

Because if any one of these amazing female comedians was available to host, there's no reason the White House would have invited Joel McHale, instead.

More like this
'The Undeclared War' Took Inspiration From This Gavin & Stacey Location
By Maxine Harrison
Here’s How Lizzo Is Supporting Abortion Rights After The Roe v. Wade Reversal
By Brad Witter
Michelle Obama & Taylor Swift React To The Supreme Court Overturning Roe v. Wade
By K.W. Colyard
34 Quotes That'll Inspire You On Juneteenth & Beyond
By Syeda Khaula Saad and Siena Gagliano
Get Even More From Bustle — Sign Up For The Newsletter