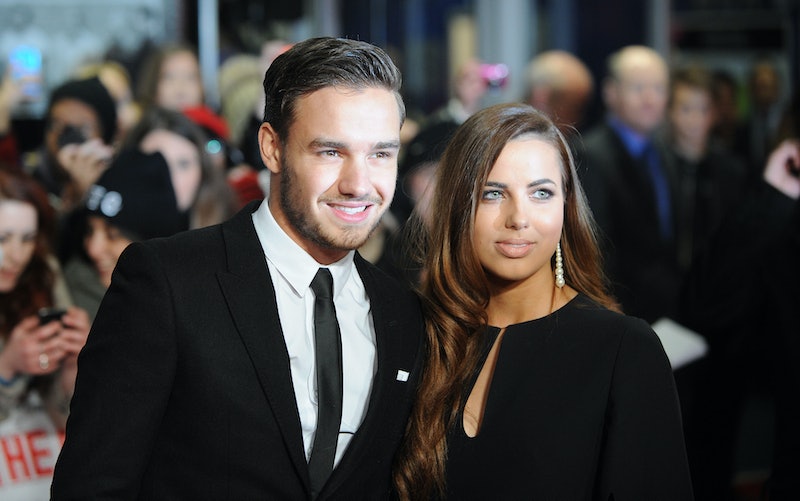 Last night, Liam Payne of boy band One Direction took to Twitter last night to post some pretty cryptic tweets, which can now be explained by reports that Liam Payne and his girlfriend have called it quits. That sound you hear? It's millions of tween-aged girls squealing because their chances of dating Payne have now inched up by, like, .05 percent now that he's single.

Of course, many teen girls are likely rejoicing over the news because they now have a still-slim chance of being with their idol, but it seems that the split was a sad one for both the 20-year-old singer and his gal of eight months, Sophia Smith.

“He’s devastated that it’s over but it was for the best,” a source told Us Weekly. “They were spending too much time apart and it’s only going to get worse this year — the band going on a super long tour, her getting busier with university.”

Ah, the pre-college breakup is super common issue. Pretty tragic. The source went on to say how the long distance relationship led to many arguments between the two and that ultimately Payne was the one who decided to end things.

“There was no way to maintain the relationship,” another source said. “He had to do it as they would never see each other and he didn’t think it was fair to her.”

Honestly, I can absolutely respect that seeing that he is a world-famous celebrity after all, and that not only does he have an ever-growing music career, but he is also only 20. He has all the time in the world to be in a serious relationship and doesn’t need to be thinking about marriage or anything of that nature anytime soon. Unlike Zayn Malik. Maybe single and ready to mingle band buddies, Harry Styles and Niall Horan, will help him learn what it’s like to be free again.

More like this
Dane Cook Is Engaged To Kelsi Taylor After Dating For 5 Years
By Danielle Jackson and Radhika Menon
Who Is Bad Bunny Dating? Gabriela Berlingeri's Vocals Are Featured On His Song "En Casita"
By Radhika Menon
Beyoncé Might Be Plotting Secret Intimate Gigs In The UK
By El Hunt
Kanye West Has The Most Kanye Reaction To Kim Kardashian & Pete Davidson's Split
By Jake Viswanath
Get Even More From Bustle — Sign Up For The Newsletter