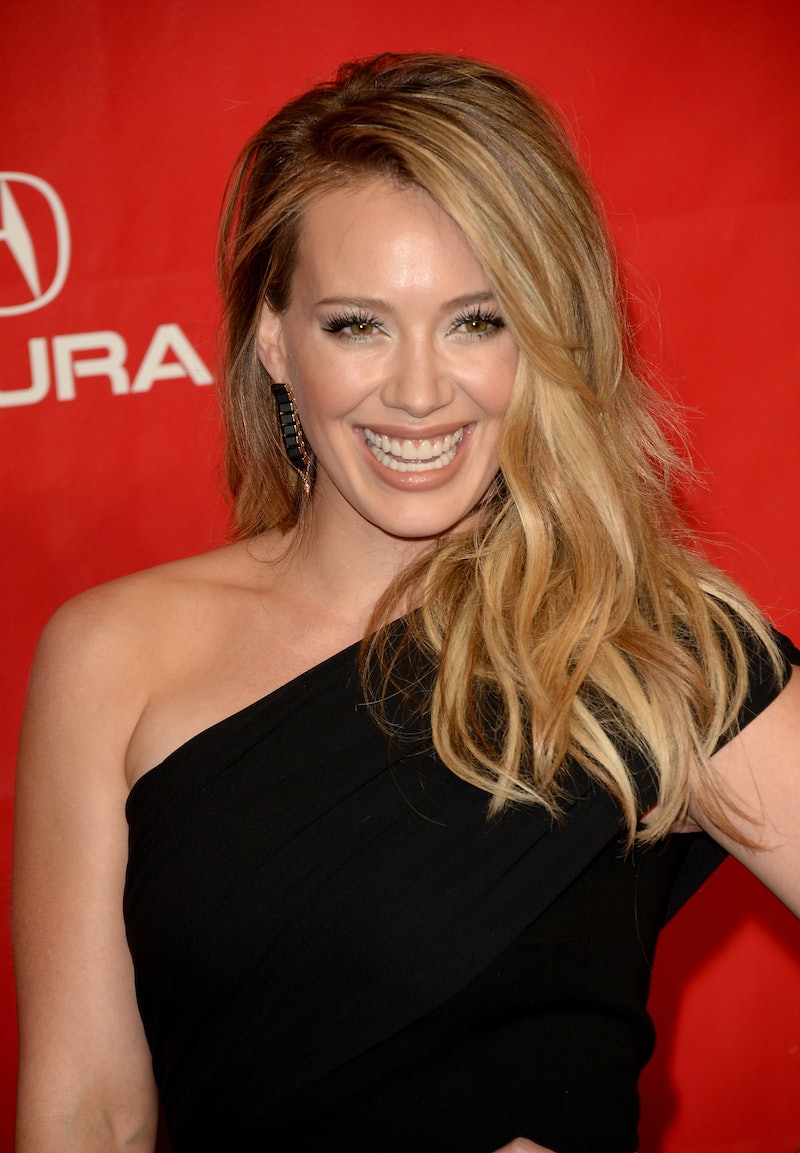 When famous people break up, they always get a lot of attention if they're seen together post-split. Lately the queen of this trend has been Hilary Duff who separated from her husband Mike Comrie in January but has been spotted hanging out with him an awful lot. It generated a lot of buzz about maybe they're getting back together after all, but Duff says no, they're just good friends. At the iHeartRadio Music Awards, Duff opened up about people's reactions to seeing her and ex Comrie out and about even though they're not together together.

"We're constantly seen together and everyone's like, 'What are they doing? Are they back together or are they not?'"

Duff and Comrie have a son, Luca, so it's not insane for them to still interact with each other. Like when Orlando Bloom and Miranda Kerr split up they said they'd be in each other's lives because they have a child together. “We’re a family. We’re going to be in each other’s lives for the rest of our lives," Bloom said after the breakup. "There’s no question that, you know, for the sake of our son and everything else, we’re going to support one another and love each other as parents to Flynn.”

But for those ascribing this reason to why Duff and Comrie still hang out, Duff says not so fast. "When you see us out it's not just for Luca, it's because we make plans and we hang out."

Hang out? With an ex? Do explain.

"We love each other so much and we really love spending time together," Duff said. "We don't know what our future looks like right now, but we're both doing really good and just figuring out, you know, what makes us happy."

And right now what's making Duff happy is her little modern family, married or not.