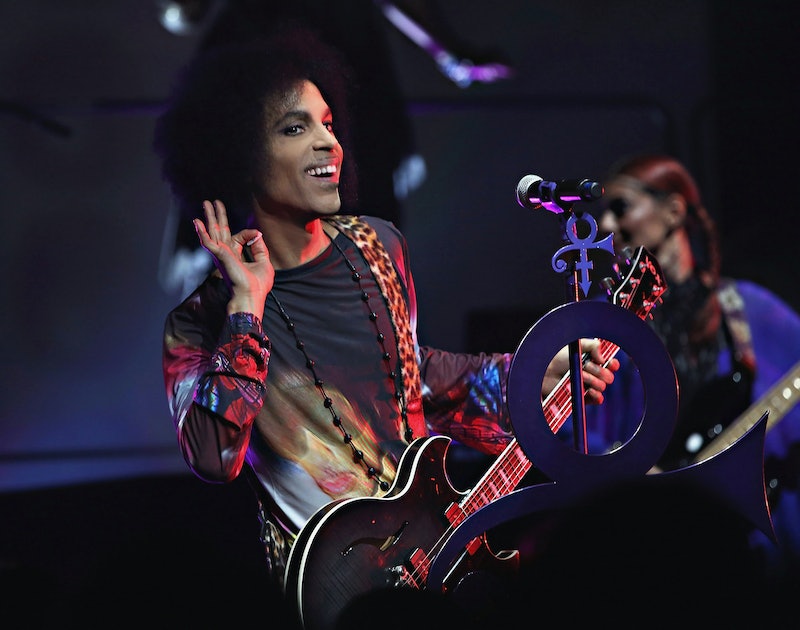 Prince — the man, the myth, the occasional New Girl guest star — is no longer using dirty words. Yes, you read that correctly: Prince has taken foul language out of his music. The artist, who graces the cover of this month's issue of Essence and is known for such lyrics as "sexy motherfucker shakin' that ass," questioned the use of bad words, particularly harsh words aimed at women, in his interview. "Did you ever hear Muhammad Ali curse?" Prince pondered, adding, "Would you curse in front of your kids? To your mother? ... We shouldn't curse at them. We need to treat all of them, and all people, like royalty."

Seriously, how can you not love Prince?!

While Prince's declaration is not only admirable, but especially necessary when you consider the way women are often described in pop music, you can't help but think of his entire body of work. This relatively squeaky clean new Prince may not have any parental advisory warnings on his albums, but to an entire generation that grew up with The Purple One, this might come as a big "what the f**k?" Will Prince, the man behind some of the dirtiest pop songs in history, still be Prince after making such a lyrical 180?

The answer is, yes, of course, because Prince could be singing about making love or waving hello to baby lambs at a petting zoo and it would all sound so cool. So, in honor of Prince's decree of being curse-free we decided to give the Artist Formerly Known as Old Prince's NSFW jams some New, Family Friendlier Prince edits.

New, Cleaner Prince Lyric for "Darling Nikki": "I met her in a hotel lobby/ Taking a personality quiz with a magazine."

Original Prince Lyric for "Let's Pretend We're Married": "I sincerely wanna fuck the taste out of your mouth."

Original Prince Lyric for "Pussy Control": "Are U ready 4 the best Pussy U ever felt?"