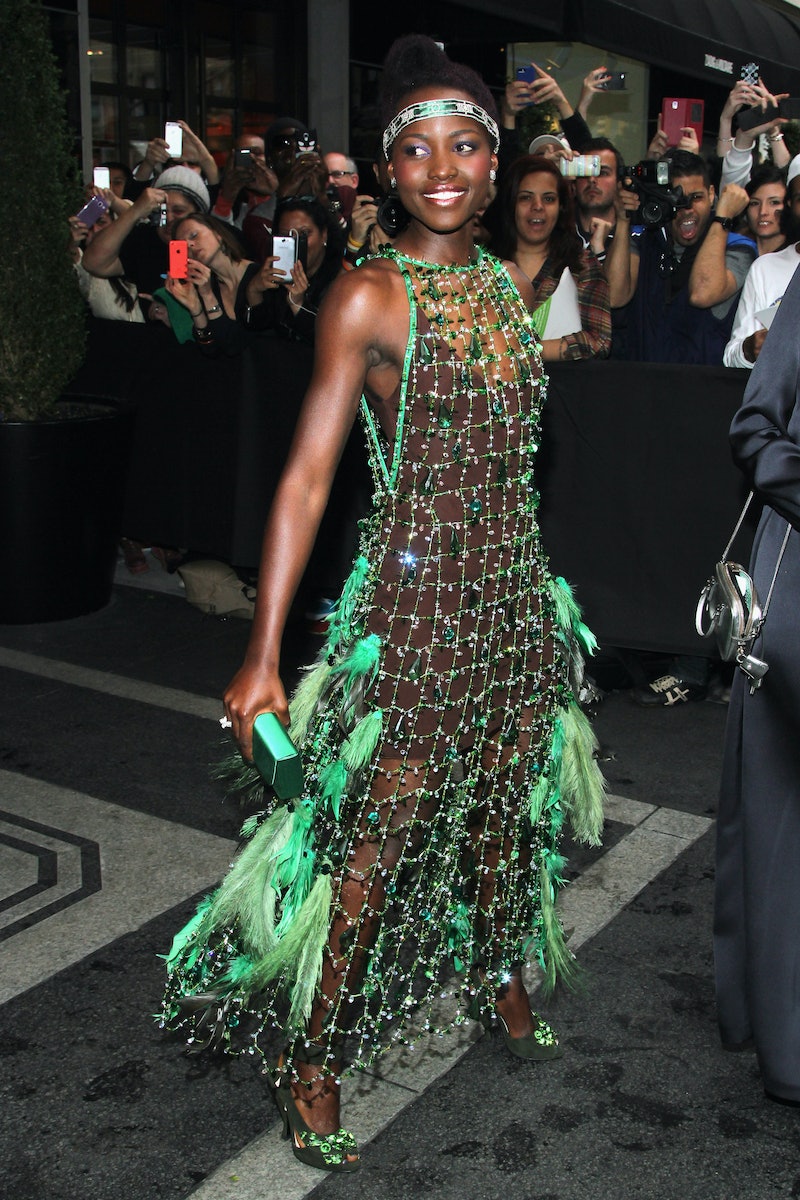 Strange that ever since Lupita Nyong'o won her first Oscar for 12 Years a Slave, fans of the actress are less interested in her next movie (it's, somewhat disappointingly, The Jungle Book , by the way), and more interested in what she'll wear at the next red carpet. (But, seriously, get on being interested in what her future acting career looks like — the actress deserves to get ahead in an often discriminatory industry.) She not only made waves during awards season in 2014, but also impressed recently at carpets ranging from the Non-Stop premiere to the White House Correspondents' Dinner. And, considering the woman crowned People 's Most Beautiful Woman in 2014 has been getting progressively edgier, Nyong'o all but ensured all eyes would be on her for the 2014 Met Gala. And, considering the Prada gown she wore to the event, she gave spectators plenty of eye candy.

But is it the right kind of eye candy? Nyong'o has proven that she works bold colors well, but the flapper-inspired fishnet outfit, paired with a headband that seems better suited for Geordi La Forge, might actually qualify as the Academy Award-winning actresses first official fashion misstep.

Maybe things will be better next year, Nyong'o?