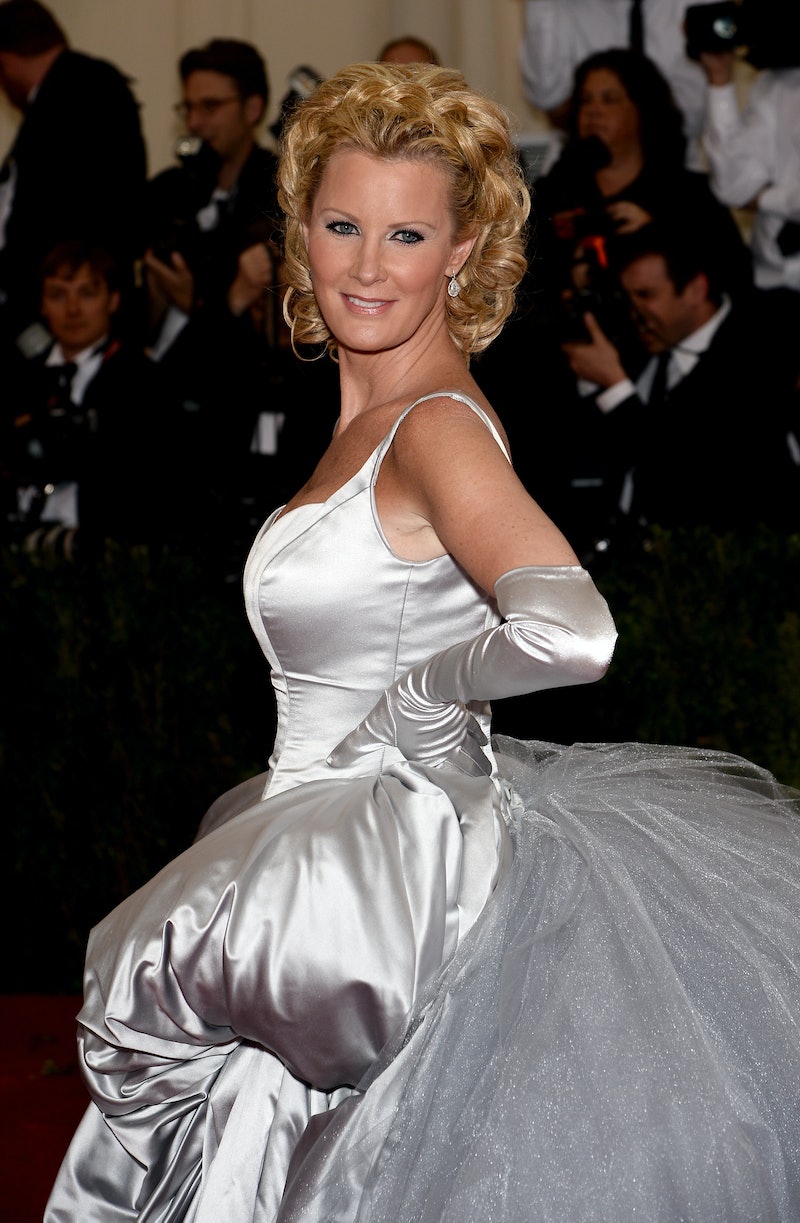 Sandra Lee has excellent taste. Well, she literally has excellent taste. But when it comes to clothing? Based on Sandra Lee's appearance at the 2014 Met Gala, it seems as though the television celebrity and chef has as much refined taste as an entire bucket of cheese balls. Because Lee showed up at the Anna Wintour-headed, Charles James-inspired costume ball dressed like... well, anything other than a fashion icon in a custom Dara Lamb gown (according to Lee's Twitter account). But, really, can we fault our dear Lee? What does a celebrity chef know about dressing? Of the non-salad variety, specifically?

That said, when it comes to food, the saying goes, you are what you eat. And that's sort of exactly what Lee looked like at the 2014 Met Ball: an entire bucket of marshmallow fluff. Delicious on some candied yams, my dear Sandra, but not quite as delicious on the red carpet, unfortunately.

Then again, perhaps this means that the television personality and chef did in fact win the Met Gala. After all, you haven't talked about Food Network's Lee since you passed that Kwanzaa cake video to every one of your Facebook feeds, right?

Or, perhaps we should give her some retro credit: Is Lee simply just channeling Geena Davis, circa 1992 Oscars?

More like this
Here Are All 703 Outfits Rachel Wore On Friends
By Kat George
Kim Kardashian Fans Are Calling On Her To Condemn Balenciaga’s Latest Campaign
By El Hunt
10 Holiday Fashion Picks Our Senior Editor Can't Stop Wearing
By Kelsey Stiegman
Dua Lipa On YSL Beauty, Plus Her Fearless Approach To Hair & Makeup
By Erin Stovall
Get Even More From Bustle — Sign Up For The Newsletter