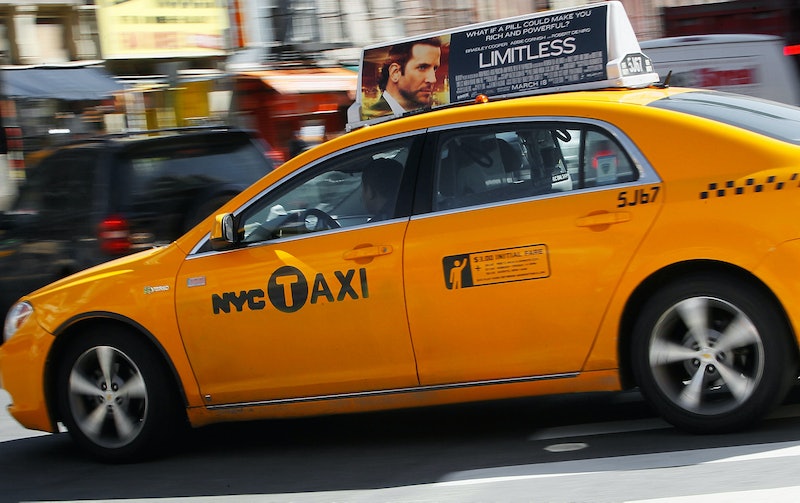 I’ve been lucky enough — or perhaps just aware enough — never to have left anything behind in the back of a New York City taxi. But it’s not uncommon for passengers to forget to retrieve all their belongings before exiting a cab; indeed, between January 1, 2013 and March 31, 2014, more than 54,000 reports have been filed concerning lost property left in the back seat of one of the signature yellow cars. 54,000 reports. That’s a lot of lost things!

DNAinfo is currently running a fascinating report on all these forgotten belongings; the whole thing is well worth a read, but if you’re pressed for time, here are the eight wackiest items presented in an easy-to-digest listicle (because who doesn’t love a listicle?). Whatever you may have left behind in the past, at least it probably wasn’t one of these things, right?

And not just any robot — a career-making-or-breaking robot. "Lost a robot in a taxi. It is a matter of my career to get this back by 10 a.m. tomorrow. I will lose my job if I don’t get this back,” its panicked owner told a 311 operator, according to a report filed on January 24, 2013. The guy also left behind $350 in cash and checks, and a paper about the robot. I can only assume that the robot had something to do with SKYNET and we’re all doomed.

One passenger left an urn filled with the ashes of a dead uncle in the backseat of a cab on December 13, 2013. The passenger and the remains were reunited three days later.

How on earth do you forget your dog in a cab?! Happily, the driver realized what had happened before the pet owner did, and BooBoo was returned to its home at the Prince George Hotel on January 29, 2013. Although to be honest, BooBoo may have been in better hands with the cabbie. P.S. Above is totally what my parents' Maltese looked like when he was a puppy.

Unfortunately DNAinfo’s report doesn’t have any more information about this case. I really hope they got returned to the person or couple trying to conceive, though.

No further info available about this one either. Then again, I’m not totally sure I actually want to know any more about it…

More than one, actually. 311 has filed 27 reports of lost engagement rings over the past year and a half. Good thing diamonds are intrinsically worthless, right?

The more than 200 musical instruments left behind in cabs in recent years include a 1968 Hofner bass guitar and a violin made by the 18th-century Italian master violin maker Johannes Antonius Marchi.

This one is definitely the weirdest: On January 1, 2013, a passenger had a taxi drive him from New York to Virginia—a trip that cost $1,000. But wait, you say — wouldn’t it have been cheaper just to fly or take the train or something? Well, yes — but driving is so much more anonymous. Given that this particular passenger had stashed a bag in the trunk containing $20,000 in gold bars and cash, that anonymity seemed to be key.

Unfortunately, though, the passenger forgot to retrieve the bag from the taxi’s trunk upon reaching his destination. He tried to call the driver, who wouldn’t pick up his phone; the property was never recovered. The driver, meanwhile, had registered as a hack under a different name and eventually had his license revoked (racking up too many DMV points will do that to you).

I have so many questions about this story. Where did all that money come from? Why was a portion of it in gold bars? Who just goes around carrying a bag full of gold bars? Alas, we may never know.

By the by, if you ever forget something in a cab, here’s what you do: Call 311 or visit its website and file a report with as much information as you can — the taxi medallion number if you have it, where you were picked up and dropped off, the time of day, the driver’s name or what he or she looked like, and so on. 311 and the Taxi and Limousine Commission will then review your report for searchable information. If you were able to give the medallion number, the TLC will either A) give you contact information for the company that holds the medallion, or B) if the cab was owned and operated by an individual, 311 will hold a three-way conference call with you and the driver. If you don’t have the medallion number, 311 will try to identify the cab with the GPS technology that’s used in all taxis. And if all else fails, you’ll be referred to your local police precinct’s lost-and-found unit. Happy (robot) hunting!