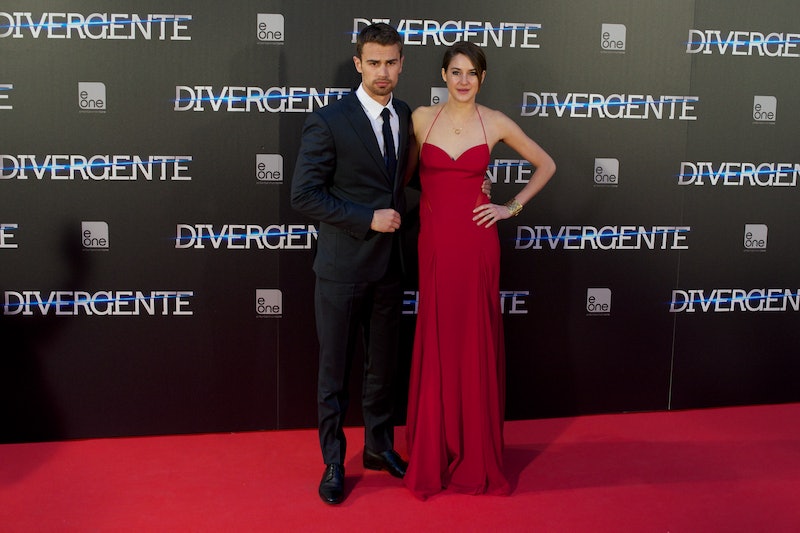 The same week that the action film Shailene Woodley was cut out of opened to $92 million at the box office, the action film she starred in reached an impressive milestone. While The Amazing Spider-Man 2 swung into theaters, Divergent — which has been in theaters for six weeks — just reached $250 million worldwide. That should help soften the blow of watching Spidey soar to success without her.

While $250 million is a very large-sounding chunk of change, how does it actually measure up to its YA competitors? Is it a Hunger Games-sized smash? Or does it suck like Vampire Academy? First of all, when comparing grosses, it's important to distinguish between domestic and foreign box office. The $250 million that Divergent just reached is the combined total of all international grosses. In reality, it has only grossed $143 million in the United States after 45 days in theaters. (The other $107 million is from all around the world, with the film's highest receipts in the UK, Australia, and France.)

So how does Divergent's domestic gross compare to other adaptations of popular Young Adult novels? Let's start from the bottom, shall we?

Ouch. Those numbers bite. And not in the good, sexy vamp kind of way.

Not as absymal as Vampire Academy... And that's about all the good that can be said about these not-so-beautiful numbers.

That's just over half its production budget of $40 million. Not even Twi-hards could muster enough enthusiasm to make author Stephenie Meyer's soggy alien love story a success.

The Mortal Instruments: City of Bones

Shockingly, Sony is moving forward with a sequel, City of Ashes, despite abysmal reviews and poor box office. They've promised to get it right this time. "We are analyzing what we did wrong with the first film — particularly with the positioning and marketing — and what changes we have to make," said a studio rep.

Woodley's sci-fi dystopia film has grossed almost five times as much as its closest YA competitor in the same amount of time. That's a huge relief for Lionsgate, who is doubling down by not only green-lighting both sequels, Insurgent and Allegiant, but also following the trend of recent adaptations and splitting its final novel into two films.

But can those numbers compete with the holy YA trifecta? Not even close, as it turns out.

The sparkly supernatural love story reached Divergent's milestone in just over two weeks. Even more impressive? That's only counting domestic box office. Remember, Divergent's $250 mil includes foreign, so it still has $100 mil to go to even compare to Twilight's success. (New Moon and Eclipse both also reached $250 mil in 16 days, while Breaking Dawn Part 1 surprisingly lagged behind at 20 days.)

The final Harry Potter movie reached $250 million domestically in only nine days, besting Twilight by almost half. Deathly Hallows Part 1 had a slower pace that appropriately matched the slower pace of the film itself — that one took 22 days to reach the same total. Half-Blood Prince is actually the second fastest-grossing film in the franchise: it reached $250 mil in 19 days. And while Breaking Dawn Part 2 plateaued after achieving the milestone (it only reached a total of $292.3 million domestically), Deathly Hallows Part 2 went on to gross quite a bit more, eventually landing with $381 million.

Shockingly, the Girl on Fire beat both the Boy Wizard and the Pouty Girl to become the fastest-grossing YA adaptation in history. It's also the highest-grossing of them all, ending up with $424.7 million at the end of its run. In fact, Catching Fire currently holds the honor of being the third fastest-grossing film of all time — only two films made it to $250 mil faster, and they both featured superpowered crusaders.

The Dark Knight reached $261.8 million in 8 days, matching Catching Fire in time, but surpassing it in gross. And The Avengers managed the impressive feat of reaching $257.6 million in only six days, which is the first and only time a film has ever reached that benchmark in under a week.

So Divergent is far from the Big Leagues — it will likely never measure up to the unprecedented success of Twilight, Harry Potter or The Hunger Games. But it has effectively separated itself from the pack of lackluster, critically-drubbed, low-grossing YA dreck that has been clogging our cinemas for the past several years. And just like its competitors, Divergent should grow in popularity as the franchise continues. Perhaps by Allegiant Part 2, it will land on the list of fastest-growing films, even if it doesn't quite match the power of the Trifecta.

What about Woodley's other upcoming YA adaptation? BoxOffice.com currently has The Fault In Our Stars on track for a $29 million opening, or approximately half of the $54.6 million Divergent earned in its first weekend. Will the weepy cancer romance keep happy-go-lucky summer audiences at bay? Or will Woodley's starpower surprise us all and draw in an unexpectedly large crowd? We'll find out on June 6!