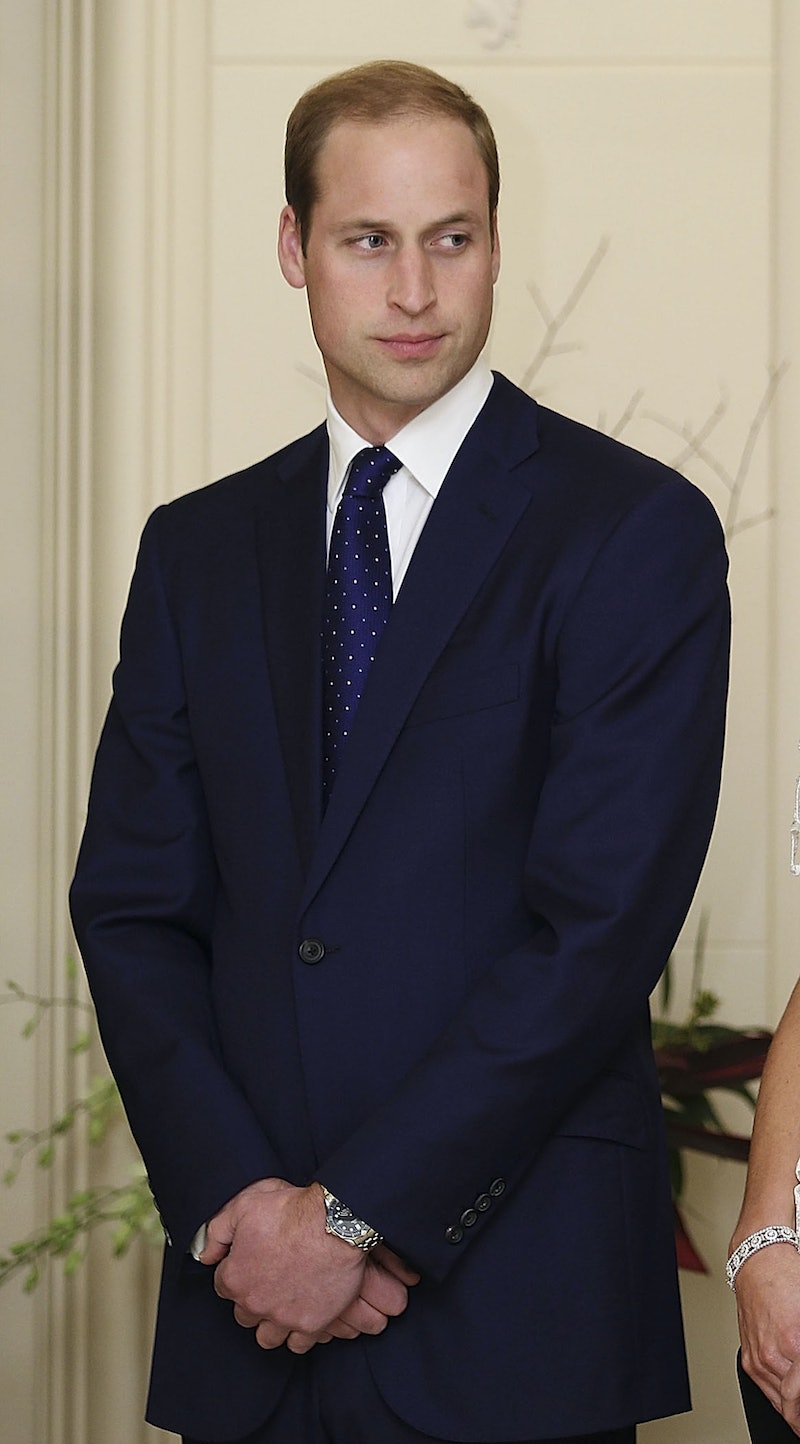 Either someone got really inspired by the upcoming show I Wanna Marry "Harry" or Prince William really is just a normal dude who happens to be second in line to the throne. Prince William was seen flying coach from Memphis to Dallas on his way home from a wedding he attended over the weekend. (Yep, the same wedding one where, reportedly, Harry twerked and Will sang "Shout" with the band.) William was spotted by TV reporter Eli Ross who took a couple sneaky photos of Will in the airport and on the plane showing that, yes, he does in fact sit in economy class on planes. At least sometimes.

While Harry was not seen on the plane, sources say that, like Will, he returned home on Sunday. According to Mail Online, "The cost of the trip itself is being met privately by both the princes" and the site adds that it's possible William flew coach in order to keep the cost down for the security detail who travel with the royals. As Vanity Fair explains, "the princes are at all times accompanied by a team of four taxpayer-funded officers." Well, ain't that nice! Sacrificing first-class so tax payers can rest easy knowing only as little of their money as possible went towards Harry getting his Miley Cyrus on in America.

Even just looking at the photos, it's odd to see Prince William walking through an airport in casual clothing. Who does he think he is wearing jeans and what my expert opinion tells me are Asics tennis shows? And rolled up sleeves? What is this, a pig farm? The pictures are especially strange because he isn't being mobbed by photographers or smartphone wielding strangers. It appears that he's being closely followed by the officers, so they must be enough to keep the crazies away.

As for details on William's flight, the only thing being reported is that he ordered water. Boring! Let me know when he orders Diet Mountain Dew. Now that would be surprising.

More like this
Where Was 'The Bachelorette' Season 19 Filmed? More European Destinations Are On The Way
By Radhika Menon
Megan The Stallion’s “Anxiety” Song Shouts Out Britney Spears & Whitney Houston
By Grace Wehniainen
Megan Thee Stallion Actually Auditioned To Be This 'P-Valley' Main Character
By Radhika Menon
15 Photos Of The 'House Of The Dragon' Cast At The Show's UK Premiere
By Radhika Menon
Get Even More From Bustle — Sign Up For The Newsletter