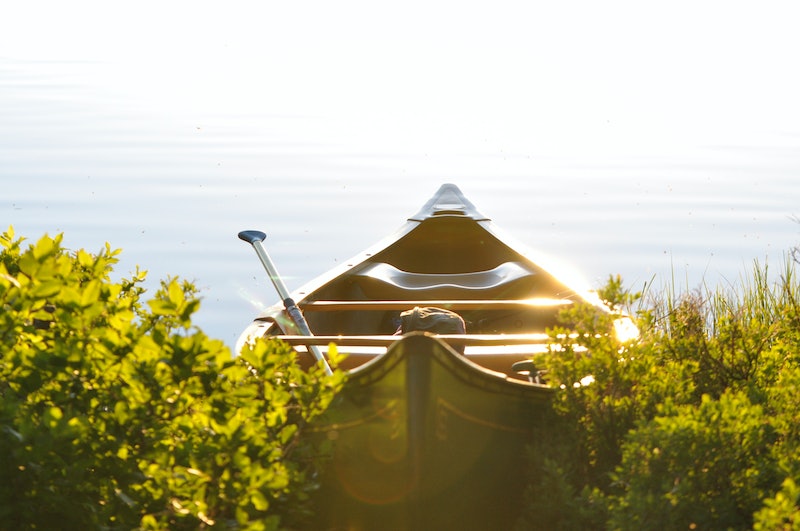 Summer may be the perfect time to plan a relaxing getaway, but figuring out where to go can be anything but relaxing. There are just so many places in the world to choose from, and too many factors to take into consideration: Should you go for a laid-back beach, or a bustling city with plenty of crowded streets to explore? We all know the usual vacation spots — Mexico, Disneyland, or maybe even Paris — but where should you head if you want to avoid the absurd crowds, puking frat bros, and are looking to go somewhere more unique?

We did the research and found 10 vacation spots — both within the United States and overseas — where you should probably book your next vacation. You've probably never heard of most of these spots, but all are stunningly beautiful and are definitely worth visiting at least once in your life. There’s guaranteed to be a location for every kind of traveler on this list, from those who prefer low-impact, minimal activity on their vacations, to the adventure seekers looking for their next thrill. Some may be the splurge of a lifetime, while others may even be doable for a low-budget long weekend getaway. All are guaranteed to give you some major wanderlust.

If you’re anything like me, you want to spend most of your vacation relaxing on an isolated shore with no one else around — and Monhegan Island just might be the perfect place to do it. This tiny town is 10 miles from the nearest mainland, and has a year-round population of just 65 people. (Like I said, tiny.) It’s also an island in the most traditional sense; people rely on fishing to make a living and they have their own small power company — which means you won’t be able to just charge your cell phone whenever you want. The island has breathtaking landscape, trails, art, and great seafood, making this the perfect place to disconnect from the rest of the world and just soak it all in.

Moab, Utah is a mecca for active types who like to keep their heart racing during vacation (personally, I prefer a margarita on a beach but hey, to each their own). In any case, this city has some of the best mountain biking locales in the world. You can also rock climb, hike, and generally enjoy the amazingly epic landscape.

Mammoth is known as one of the top skiing destinations in the U.S., but it also has plenty of fun activities during the summer, like hiking, mountain biking, and even hot air balloon rides. Since it's a resort town, there are also plenty of nightlife options, with local bars and restaurants featuring live music.

These amazing, hand-built terraces are more than 2000 years old and cover over 4000 square miles — approximately the size of Los Angeles. You can hike through them with a guide, explore Bahad village, wade through Tappiya Falls, and learn all you ever wanted to know about harvesting. It takes commitment, since the journey to get there is a 7-8 hour bus ride and tours are usually three days and two nights, but it's sure to be an unforgettable experience: Visitors have described it as the eighth wonder of the world.

Taos, New Mexico holds historic neighborhoods to stroll in, mining ghost towns, Spanish mission churches to explore, and the Rio Grande National Monument to hike. Located in the Sangre de Cristo Mountain, the beautiful city can be explored by biking, horseback riding or — wait for it — llama trekking! It also has a thriving art community with several annual summer music festivals held each year.

Tucked between Washington and British Columbia, Canada, the San Juan Islands are guaranteed to provide some of the most gorgeous views you’ve ever seen. You can cycle, explore the Pacific shore, sail, or even go whale watching. The islands are famous for being home to tons of Orcas, as well as otters, sea lions, and other marine life. Plus, during the summer, the islands get 16 hours of daylight, which means you don’t have to rush.

Situated on the west coast of the Salentina peninsula in southern Italy, this small town boasts some of the best beaches in the area, filled with golden sand and turquoise, unspoiled oceans. There are also roads full of cafes, bars, and restaurants perfect for seafood lovers. Lecce, otherwise known as the “Florence of the South,” is less than half an hour away.

Assateague Island is less than half an hour away from Ocean City, but it couldn’t be more different. Ponies literally run wild on the unspoiled, white sandy beaches. You’ll see plenty of wildlife in their salt marshes, and there are also lots of maritime forests to hike. You’re unlikely to find another place so accessible, yet so peaceful.

Huacachina is literally an oasis built around a small, natural lake in the Peruvian desert. The resort town features popular tourist attractions like sandboarding or buggy-riding on the huge dunes surrounding the lake. Go here if you want to feel like you're literally in the middle of a mirage.

Lord Howe Island is located just two hours off the coast of Sydney, but it might as well be on another planet. Picture paradise: If what comes to mind is water so blue, it almost hurts to look at and flawless, pristine beaches, then Lowe Island is your spot. The island is only seven miles long, but there’s so much to explore — from coral reefs, to volcanic peaks, to rain — that you won't be lacking for things to do. Even better? You’ll never have to worry about overcrowding — no more than 400 people are allowed to visit the island at once.