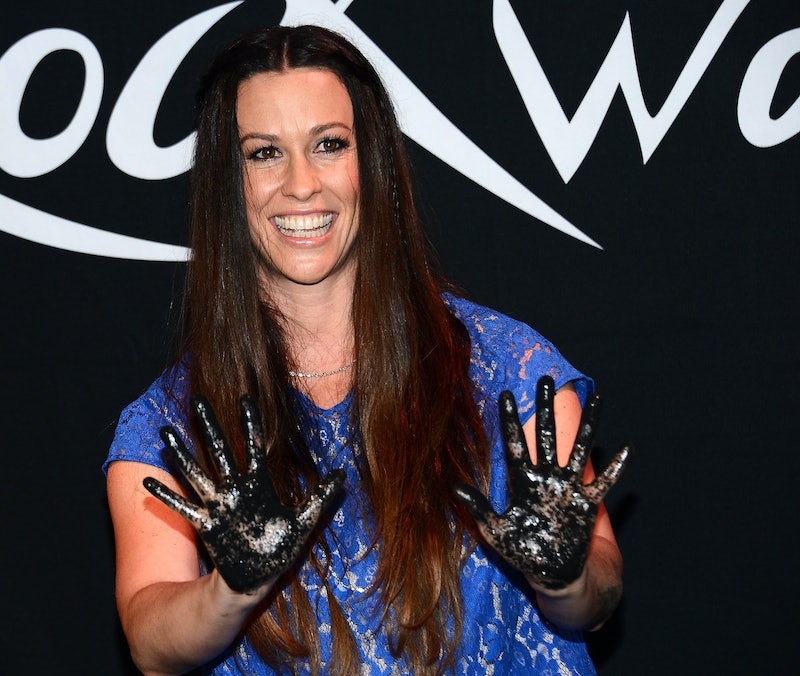 Confession: I love the '90s. Real confession: I love Alanis Morissette, and Jagged Little Pill might unabashedly be my favorite album of all time. Okay, maybe not of all time, but it comes pretty close. So you can imagine my delight to discover that Alanis Morissette has released a new song called "Today," and it's got a pretty resounding political message... because it's a political campaign song.

The song champions the campaign of Marianne Williamson, an independent House of Representatives candidate from California's 33rd Congressional District. According to Billboard, Morissette decided to write the song as per the request of an audience member.

Maybe this campaign move will work for Wiliamson, who's best known for her work as a self-help guru. She's currently a long shot to win, but having a celebrity-backed campaign never hurts. Other celebrities, including Eva Longoria, have been endorsing Williamson as well, which could potentially help her campaign even more.

So while can't quite separate Morissette's new song from this campaign — Willamson's website touts it as the official campaign song, and the two are actually appearing together for her rally on May 19 — we do still get a new Alanis song! Woo!

And yes, it's way more positive sound than "You Oughta Know" ... think more along the lines of "Thank U."