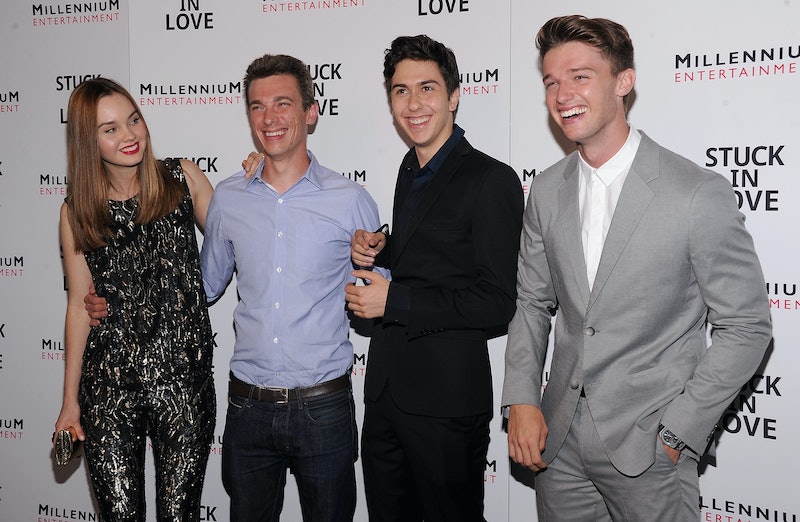 The film adaptation of The Fault in Our Stars is getting more press and coverage the month before its release than many film's do in their entire release month. And while most eyes are focused on the film's leads Shailene Woodley and Ansel Elgort, we shouldn't discount the onscreen presence of Nat Wolff, one of 2014's most suddenly-successful stars. The young actor is starring in James Franco's Palo Alto, he was in Tina Fey's Admission, and he is set to star in another John Green adaptation, Paper Towns. Interestingly enough, two of his most recent films, The Fault in Our Stars and Stuck in Love, were directed by newcomer Josh Boone. Boone has only directed those films, but now, the cinematic pair's bromance will continue by collaborating on The Stand.

The Stand is an adaptation of Stephen King's epic novel about a virus that wipes out most of the human population. It zeros in on the individual survivors of the epidemic, and spans many years. The adaptation was originally linked to Ben Affleck and David Yates as directors, but was then passed off to Scott Cooper, until eventually landing in the hands of Boone.

Having only two feature films under his belt, Boone may seem like an odd choice for the Stephen King story, yet Boone and King have a supposedly close relationship, after King received a moving letter from a 12 year old Boone many years ago. King also gave Boone permission to adapt his story, Lisey's Story.

On set of The Fault in Our Stars, during one of John Green's infamous vlogs, Wolff said he loves working with Boone, and wants to work with him forever. And the sentiment couldn't be more reciprocated. In an interview with The Hollywood Reporter, Boone said of Wolff: "Two or three of the biggest laughs in my first movie, he improvised. He's gonna be in every movie I make." And so far, this statement has come true, with Boone casting Wolff in lead roles in all three of the film's he's directed, or will direct.

The pair met three years ago, and apparently, it was love at first sight: "We just immediately bonded," Wolff said. "We started arguing about movies we disagreed on, and we have a shorthand together now. I don't like somebody who just talks my ear off anyway, so I like that we have that relationship."

The Fault in Our Stars, starring Wolff and directed by Boone, hits theatres June 6.