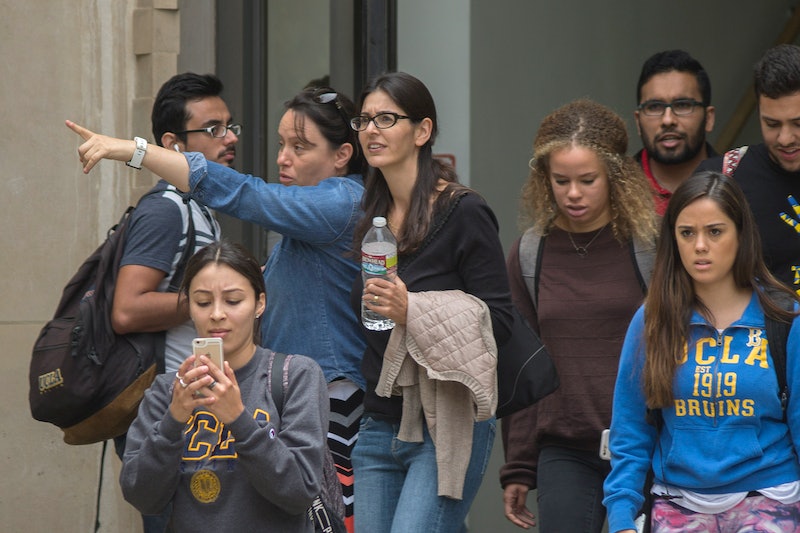 We all know that, when it comes to college applications, some schools are more selective than others. But what about the flip side of the issue? Which schools are considered the most desirable by the students applying to them? eCollegeFinder set out to discover just that.

The college search site grabbed their data from the National Center for Education Stastics Database, looking at which schools offering four-year degrees with housing receive the most undergraduate applications in the fall of 2013. As you might expect, a lot of them are either Ivy Leagues or major state universities — Connecticut has Yale, New Hampshire has Dartmouth, Michigan has U of M, Georgia has UGA, and so on. And just to make things more interesting, eCollegeFinder also made a map illustrating their findings:

The map depicts each state’s most desirable college using its logo or mascot. Some of them are pretty easy to identify; Texas, for example, is emblazoned with a giant, burnt orange UT Austin Longhorn, and California just has “UCLA” scrawled across it in swoopy, cursive letters. Others, however, I had to look up, including the one for my home state, Massachusetts. Was I surprised to find that Northeastern College is apparently MA’s most desirable school? Yep. The state is known for its selection of solid institutions; beyond Harvard, there’s Boston University, Boston College, Brandeis, Bentley, and more. Northeastern, though? Not exactly the first school that springs to mind. Apparently it is for many, though, so I guess I’m the outlier.

While we’re at it, let’s take it a step further: Which schools in the country are the most desirable and which ones are the least desirable? We’ve got data for that, too. The top five schools for both categories are state universities, with the Top Five Most Applications list being made up of the following:

And the Top Five Fewest Applications list consisting of these schools:

I think it’s probably worth noting, though, that “most desirable” in this case might not actually mean “schools people think are the best ever.” What might be one person’s top choice might be another’s second or third choice, or someone else’s safety school. The College Board recommends that students apply to between five and eight schools, but it’s not unheard of for people to apply to as many as 20. So, y’know… just something to bear in mind.

For detailed information on exactly how many applications each state’s most desirable school receive every year, what the acceptance rates are, and more, head on over to eCollegeFinder.

More like this
An Open Letter To The Person Who Bought Steve Jobs’ Birkenstocks For $218,000
By Ginny Hogan
8 Money Saving Experts To Follow For Accessible Advice
By Maxine Harrison
Here’s Your Daily Horoscope for December 5, 2022
By Mecca Woods
20 Christmas Movie Quotes That'll Get You In The Holiday Spirit
By Alexis Morillo
Get Even More From Bustle — Sign Up For The Newsletter