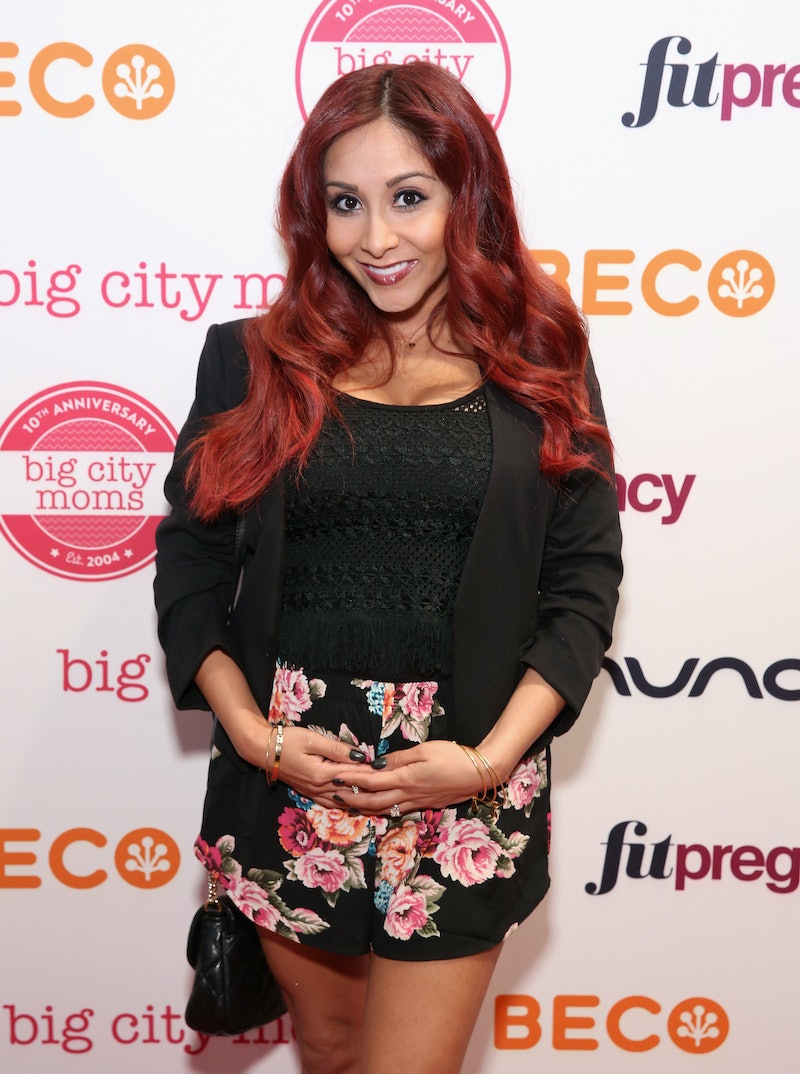 Former girl-you-avoid-at-the-bar, Nicole "Snooki" Polizzi announced in early April that she was expecting her second child with her fiancé, Jionni LaValle, so if you hear that Snooki just shared more big news, I'm sure you can guess what it is. Snooki revealed her baby's gender through a home video she posted on her blog and let's just say, it's more than a little awkward. Also, she's having a girl! Hooray! Except not really because it's clear Snooki isn't exactly excited about it.

In the video, LaValle, who already knows the baby's gender, has put blue or pink balloons into a box for Snooki to open on camera with her almost 2-year-old son Lorenzo. Snooki tries to get Lorenzo jazzed up, but he has no interest in anything until the balloons show up. When Snooki opens the box and pink balloons fly out, she goes, "We're having a girl! Oh god, kill me." So, yeah, she's not really feeling the results.

She goes on to say, "Lorenzo’s you’re having a baby sister. How do you feel about that?" Lorenzo continues to stare at balloons because he's two, so Snooki looks up at the camera and says, "Well, there you have it. We are having a little girl and I don’t know how I feel about it. I'm terrified, but we’re really, really excited, right?” asking Lorenzo again. Girl, Lorenzo ain't helping you out here. When he doesn't respond because he's two, she looks so desperate for reassurance you want to hop through the computer screen and tell her it'll be alright.

Snooki has already surprised everyone with her transition following her Jersey Shore days and I'm sure she'll do a great job raising a girl. She just maybe shouldn't have filmed her reaction if she knew she was hoping for blue balloons.

Congrats to Snooki and Jionni! Here's hoping she gives the baby a mini Snooki poof as soon as possible.