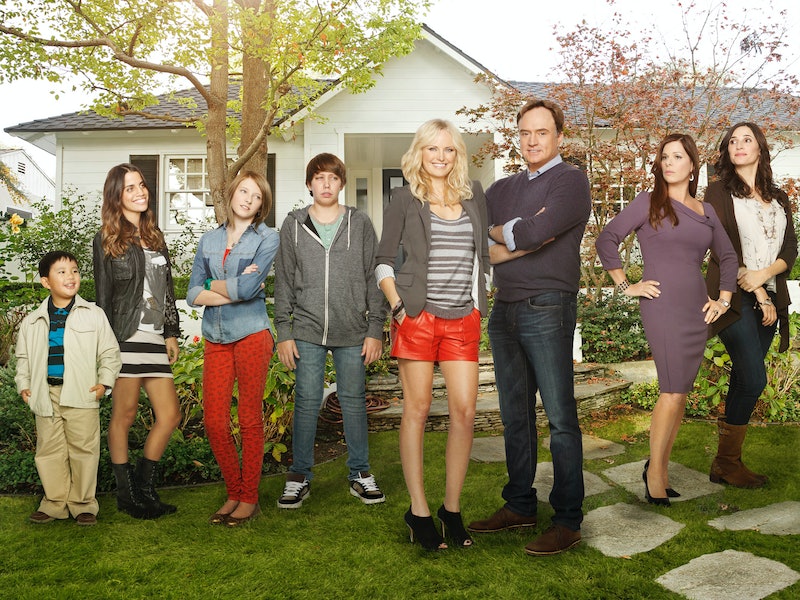 It's a sad, dark day for fans of Bert Harrison. In one of the dumbest moves since the invention of pantyhose, ABC has canceled Trophy Wife. The freshman comedy will not return for a Season 2, which means our Tuesday nights will have decidedly less Bradley Whitford, Malin Ackerman, Marcia Gay Harden, Michaela Watkins, and the inimitable Albert Tsai. The single camera family comedy was a critical hit with a dedicated fan base (hellooooo. BEST SHOW EVER.) but ultimately, the powers that be decided to toss their Trophy Wife aside for a better, sexier comedy to debut in the fall.

The irony. It hurts.

It was Dr. Diane Buckley who broke the news to us in her signature matter of fact tone; Harden tweeted Thursday night: "Thank u 4 watching beloved fans. Parting is such sweet sorrow... @TrophyWifeABC cancelled just hours ago. @ABC_Publicity #season2watch #:("

While it's still sad, sad news, perhaps Trophy Wife's cancelation shouldn't have come as a surprise. ABC has a hard time keeping good comedies in their lineup, and if their renewal pattern is any indication, they're highly focused on their returning dramas. Grey's Anatomy, Scandal, Revenge, and Castle will return come September.

I'll miss the daffy comedy. RIP, One of the Best Worst Titled Shows Ever. I think Bert sums up my reaction to the news pretty nicely here.