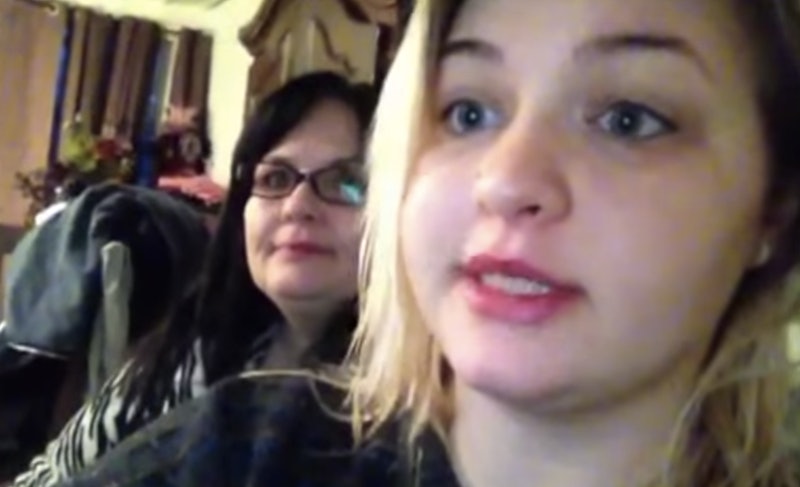 When 50-year-old single mom Cheryl Shaw, a self-described emotional eater, started recognizing the same unhealthy habits in her 17-year-old daughter Tessa, she knew it was time for a lifestyle change for both of them.

Inspired by a #Giveit100 video that went viral back in January, the mother-daughter duo decided to embark on their own 100-day challenge to lose weight, and they captured the entire journey on tape. The final result has since gone viral and it’s not hard to see why. The video will definitely move you...or at the very least, inspire you to hit the gym ASAP.

Shaw said her kids have been worried about her health for quite some time now, especially because she’s the only parent in the house. “I’m all they have,” she said. “They depend on me.”

But the turning point really came when she started seeing the same issues surfacing in her daughter. “I don’t want her to have a lifetime of this,” Shaw said. Together, they began prepping healthy meals for them to eat throughout the week and hitting the gym. Relying on one another for support and motivation, they were able to make it through the 100 consecutive days without ever skipping a single workout — even those after Shaw’s 12-hour shifts at work.

By the end of the video, the amazing mother and daughter duo lost a combined 74 pounds and seem so happy and confident. And their before and after photos show a realistic portrayal of weight loss, which we aren't often exposed to.

It’s pretty incredible to see these two stay so motivated in order to obtain their goal. I personally find hitting the gym after a 9-hour day at the office an act of sheer willpower, so anyone who can do it after 12 hours in an emergency room definitely deserves a round of applause. These powerful ladies have a lot to be proud of — they kicked that challenge’s ass.

More like this
You Can Save Up To 40% Off On TikTok’s Favorite Products This Black Friday
By Kristine Fellizar and Alexis Morillo
How To Use TikTok’s Voice Filters To Sound Like A Cat, Robot, & More
By Alexis Morillo
Wimbledon Alters All-White Kit Rule Amid Candid Period Discussions
By Catharina Cheung and Rachel Mantock
How To Switch Back To A Personal Instagram Account From A Professional One
By Alexis Morillo
Get Even More From Bustle — Sign Up For The Newsletter