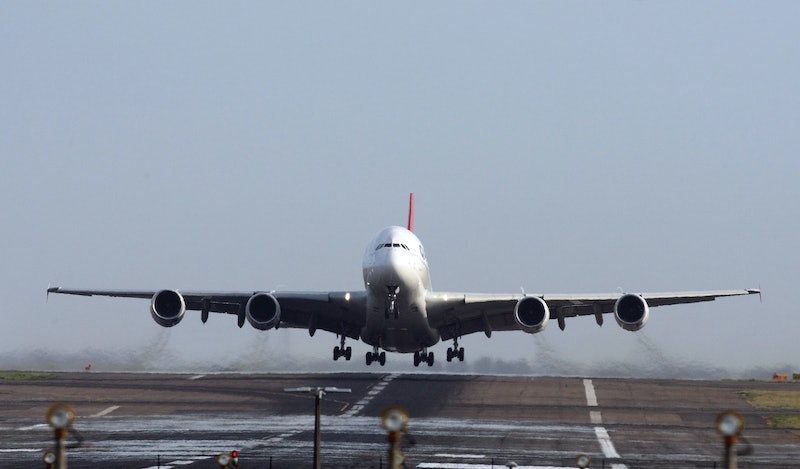 Would your parents pay more than the cost of a year’s tuition for your college tour? Because you could, thanks to Magellan Jets’ 10 Hour Jet Card: College Tours package. Mourning the death of society in three… two… one…

Here’s the deal: For the low, low price (HA!) of $43,500, the private jet company promises parents that they’ll fly their beloved little ones to up to eight different college campuses in multiple cities over the course of one weekend. Besides being, y’know, privately flown to all your college tours, the package also includes perks like access to local private airports, gift bags from each school, and snacks and drinks on board. Boasted Magellan Jets Vice President Greg Belezerian to Business Insider, “We were able to get one student to visit Northwestern, Duke, and Syracuse all in one day” — Northwestern being located near Chicago, Duke in Durham, North Carolina, and Syracuse in New York.

Really, all something like this does is further define the line between wealthy students and students from less wealthy backgrounds, with the odds getting stacked — as always — in the wealthy kids’ favor. The worst part is that $43,500 is just the starting price. I don’t even want to know how expensive the service could get.

Also, speaking from experience, seeing that many schools back to back is probably going to make your head spin so much that you won’t be able to keep them all straight. My junior year, my high school sent a whole bunch of us on its inaugural college tour during spring break. While it was a good idea in theory, we were the guinea pig year, which meant the tour suffered from a number of problems — the biggest being that within the space of seven days, they had us tour 21 schools. That meant an average of three schools a day, on top of a whoooooole lot of driving (we went from Massachusetts to Washington D.C. and back again). By the time we were about halfway through the trip, I was retaining only the bare minimum from each tour, which ultimately made it a lot less useful than one would hope it would be. The trip’s itinerary featured considerably fewer schools the following year, understandably.

And let’s not forget one of the unfortunate side effects of taking a private jet tour of all your top choices. As the Daily Telegraph put it, “How will your college student get home for the holidays? A packed economy flight, or another private jet?” Once you're used to jetting all over the country in your very own plane, will you be willing to stoop to traveling like the plebes? I don’t have kids, but if I did, that would be one parenting can of worms I definitely wouldn’t want to open.

If, however, this deal sounds awesome to you, you can check out the details at Magellan’s website. Or you could spring for Amtrak’s Campus Visit discount instead — “buy one, get 50 percent off the next ticket” sounds mighty wallet-friendly now, doesn’t it?