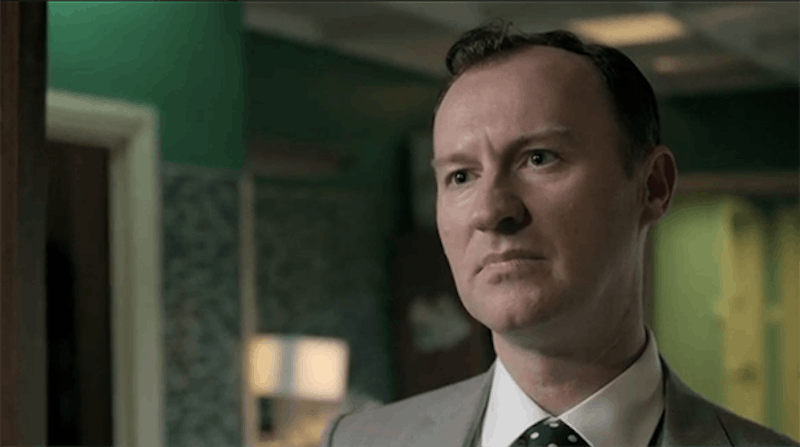 You might recognize the guy in charge of the Iron Bank on Game of Thrones, and that's because the actor also plays Mycroft in BBC's Sherlock . That's right — Mark Gatiss plays both Tycho Nestoris and Sherlock's wonderfully intimidating older brother.

The thing is, it totally makes sense that Gatiss would be cast in GoT as the keeper of money. Why? Because everyone already knows that he's able to keep Sherlock in-check (kind of), and the show needs someone pragmatic to play Tycho. And who better than the man who's able to keep an eye on everyone's favorite cocky genius?

Check out a few of the ways Tycho and Mycroft are one in the same:

They're both "number guys."

You know the kind of person I'm talking about — the ones who put numbers before theories. They both believe in the facts and want to make sure that everything is in order. Tycho isn't going to give just anyone the Iron Bank's money, and Mycroft has no intention of letting Sherlock out of his sight. They might get a reputation for being a little too serious, but, hey, it gets the job done.

They both could kill you with a sentence.

Who needs swords or guns when you have wit? Both Tycho and Mycroft use their words to their advantage and know that a pause in a sentence can have an ominous and powerful impact.

They both don't give a crap about what you think.

And why should they? They know they're right.

They would both be in Slytherin.

Of course they would. They're both a little to conniving and full of themselves to not be in Slytherin.