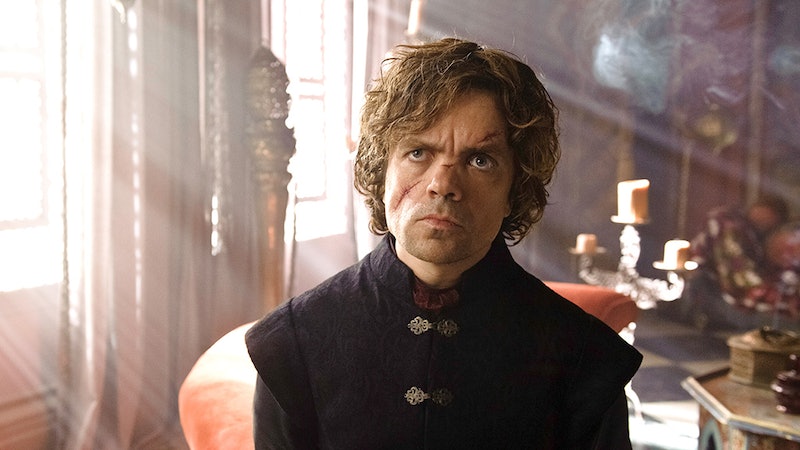 So, Tyrion kind of lost his shit at his trial in Game of Thrones. (Thanks a lot, Shae.) Things weren't going that great for him after, you know, Shae lied and said that Tyrion killed Joffrey, so Tyrion demanded that his fate be decided by "trial by combat."

Considering that the last time we saw Tyrion on trial, he was also involved with a trial at combat, we can only assume that he will either die really, really soon, or that he will once again escape. Obviously we're crossing our fingers for the latter because, honestly, this show would be nothing without him.

So what actually happens to Tyrion? Is he going to lose the battle? Well, according to the books, yes, he loses. (I know, this is the worst news ever). According to the books, the trial by combat comes down to The Mountain versus The Red Viper, who's on Tyrion's side. And although for a while it looks like The Red Viper is going to be the victor, The Mountain ends up completely crushing Viper's head. Ouch. So, per the rules, that means Tyrion must die.

BUT, here's the good news: Because George R. R. Martin knows what an asset Tyrion is, he let's him escape while he awaits his execution. And who saves him? His darling brother, Jaime! So, if the show follows Martin's lead, then Tyrion will live to drink another day.