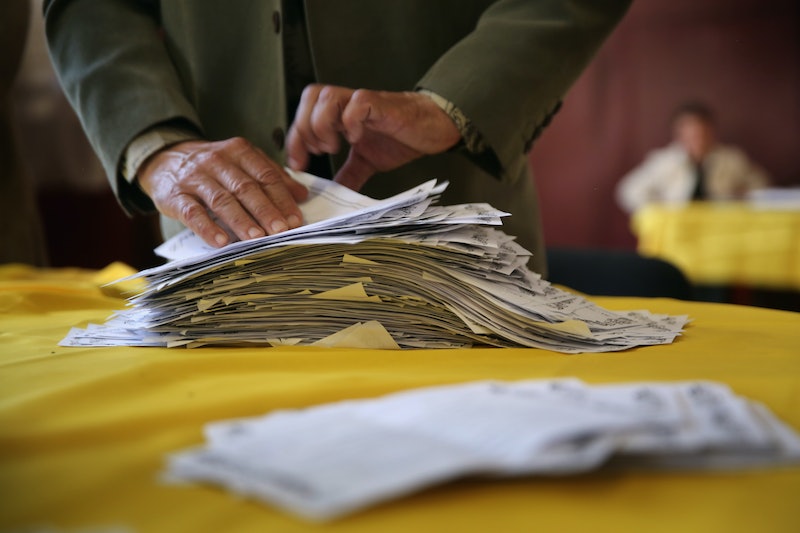 Russia isn't yet pulling another Crimea in eastern Ukraine, even though separatists have declared victory in two Ukrainian cities following a Sunday vote. Russia's response to the votes is paramount, because pretty much everyone else has already said the vote was illegal and probably rigged, including the U.S. The votes took place in Donetsk and Luhansk, where fighting has been the most intense following Russia's annexation of Crimea earlier this year.

In Donetsk, some separatists were even quoted by Russian news media saying they wanted to join up with Russia, according to the Guardian. Results there showed 90 percent in favor of secession.

Here's what Russia had to say about the vote. They're supportive, but they're not calling it legitimate. At least not yet. This translation is from ITAR-TASS.

In the interests of building such dialogue any mediation efforts, including through the OSCE, are welcome.

Russia has attentively followed the preparation and holding of the referendums in the Donetsk and Lugansk regions of Ukraine. We note the high turnout of the population, despite attempts to disrupt the voting.