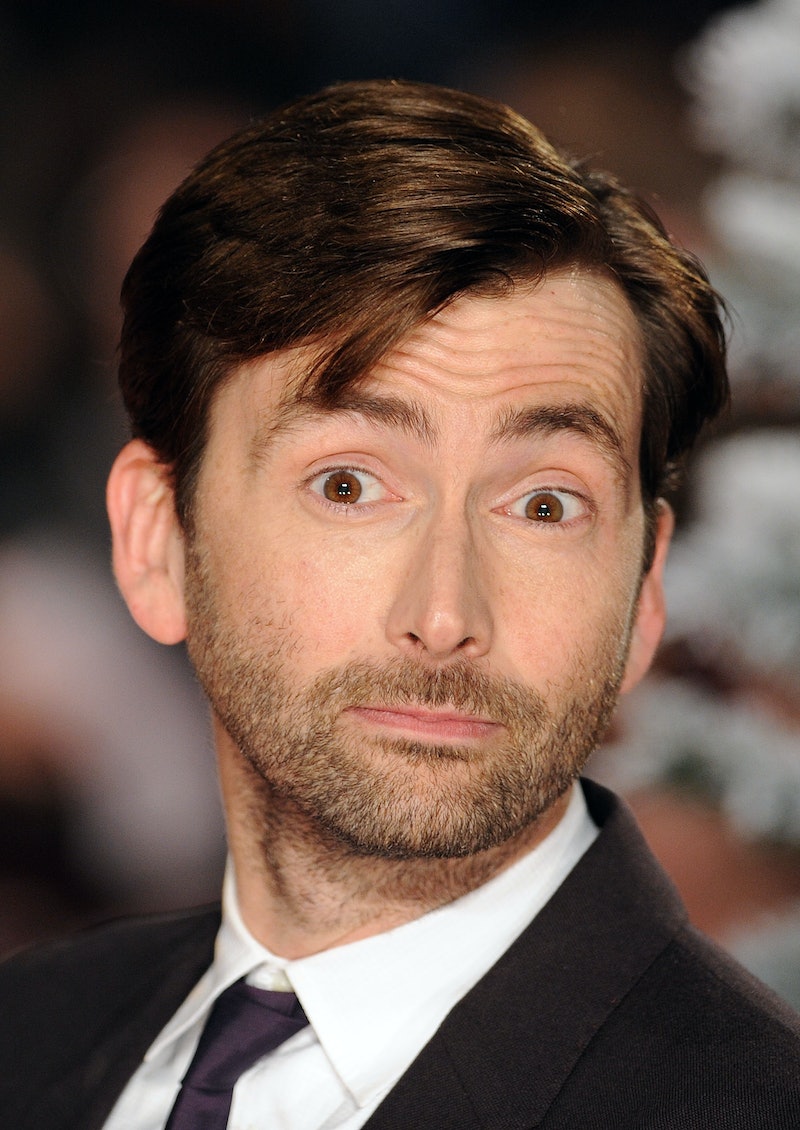 Do you know David Tennant? If not, you're about to: the Scottish actor most well-known for his role as the Tenth Doctor in BBC's Doctor Who is set to tackle the American remake of his latest acclaimed drama, Broadchurch. In the newly titled Fox iteration, Gracepoint , Tennant — usually sporting a British accent in his work — plays an American detective alongside Breaking Bad's Anna Gunn. And...well... we are really, really unsettled by it. Who the heck is this new American iteration and what have you done with our sultry, Shakespearean-trained Scotsman?!

First off, the origins of the accent sound curious at best. What is that, Kansas? Kentucky? Broadcast Journalism School? Whatever it is, it does not sound like someone from Northern California where the series is set. And when he talks about homicide: anyone else getting a little bit of that Christian Bale as Bruce Wayne thing going on? When Americans get serious, do they just get gravel-voiced? Is that how we are interpreted around the world?

Upon closer inspection, the curious nature of Tennant's accent seems to stem from an issue with the letter "R" and the lack of a roll it has when coming off the tongue in anything other than his natural voice. Especially when coupled with the wide open nature of American English's vowel structure. Tennant has clearly had to restructure everything about how he enunciates things, which isn't easy. It's essentially akin to having to pronounce the word as "SCAAP" when you've only ever known it to be "scoop" your whole life. Not easy but I mean look at Hugh Laurie and get back to me, alright?

We're still on your side and are very much looking forward to Gracepoint, Tennant, but we think we might like you better with your brogue than this rogue American situation you've finagled for yourself.