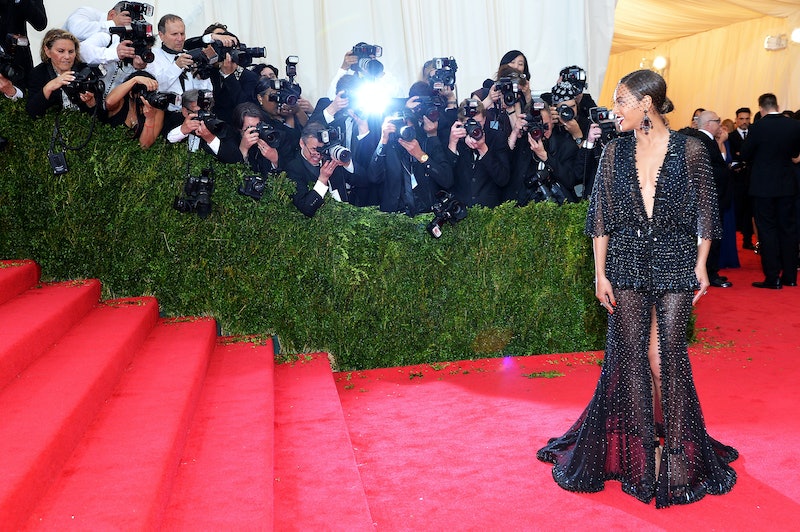 Oh hello Salamander who lives under an actual rock! I hear you haven’t read the news that Solange Knowles and Jay-Z got into a fight in an elevator after the Met Gala last week. Let’s catch you up to speed: Beyoncé , her husband Jay-Z and sister Solange Knowles entered an elevator along with a body guard. After stepping inside, Solange begins to attack Jay-Z, throwing her body and kicking him and has to be restrained by a body guard. Beyoncé sort of steps in the middle and very calmly tries to simmer down the whole situation. Since the event, both Solange and Beyonce have been active on social media, but neither have made any direct addresses of the event.

Following the Met gala,Beyoncé ’s Instagram was filled with photos of the singer and her husband dressed to the nines and in the days following, a series of solo photos and then another set of her and Jay at a Nets game. The mega-star did, however, post an image of a prayer on the day following the Met Gala which reads,

Lord, I lift up every one of my relationships to You and ask You to bless them. I pray that each one would be glorifying to You. Help me to choose my friends wisely so I won’t be led astray. Give me discernment and strength to separate myself from anyone who is not a good influence. I release all my relationships to You and pray that Your will be done in each of them.

Since there has been no official explanation of why Solange attacked Jay-Z and neither have made any statements, we can only speculate that Bey’s Instagram post is at all related to what happened.

Solange on the other hand has been very bright and upbeat in her social media presence. She has posted photos of her recent travels with her son Julez on Facebook and on Mother’s Day she tweeted, “This might have been top 10 days ever in life.”

If we can gather anything from both Beyoncé and Solange through their Instagram and Twitter accounts it’s that they’re doing their best to keep the fight private and focus attention on things that are a lot less ugly. And that is how you deal with a media blitz with class.