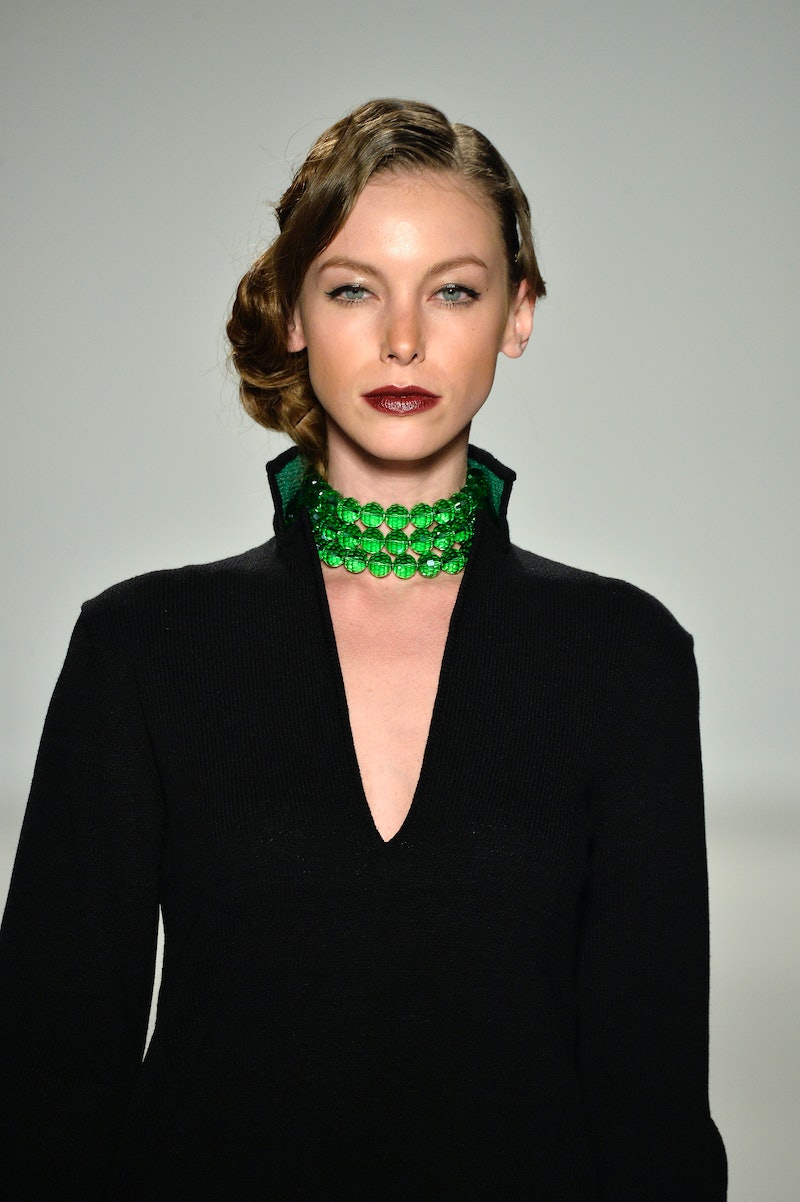 Say you're looking for a new face cream. You want something effective and as natural as possible, something that's not going to kill the earth or cause your skin to burst into flames. As you browse the aisles at your local drugstore, you're immediately drawn to a tube of facial cream with a picture of a tree on it. A friendly starburst over the label reads "all-natural!" and the product is called something like "Pure Bio-Organa Facial Rainforest Elixir."

Because of this, you immediately find yourself trusting the product. You assume that every ingredient is as green and organic as possible (there's a tree on the label, after all), and you're subconsciously convinced that the company does something to support the rainforest. So you scoop up the pretty little package and take it home, never noticing that one of the ingredients is propylparaben, a potential human endocrine disruptor.

You've just been a victim of greenwashing.

Greenwashing is the environmental version of whitewashing — disguising an unpleasant truth through distracting or falsely positive imagery. Today, all things organic and crunchy and socially conscious are more popular than ever, so companies try to jump on the bandwagon, greenwashing their toxic products as they go.

That's why several beauty companies have released products with words like "nature" in their names — they're implying that they're environmentally responsible, but it's all just marketing. (The word "natural" is totally unregulated.)

Greenwashing takes many forms: misleading with words ("Rainforest Elixir"), images (a dewy leaf), or vague claims (even the FDA admits that the words "natural" and "organic" on cosmetics are no guarantees that they're safe — remember, arsenic is all-natural, too). Companies also make irrelevant claims, like saying a product is CFC-free, when CFCs are banned by law anyway. There are all sorts of other sneaky ways to greenwash, and it doesn't hurt to familiarize yourself with them if you don't want to be slapped with a propylparaben backhand.

Since cosmetics companies won't be transparent — and by the way, "the American government doesn’t require health studies or pre-market testing of the chemicals in personal care products," according to the Environmental Working Group — we have to do the extra work ourselves if we'd rather skip out on the conditioners packed with potentially neurotoxic Methylchloroisothiazolinone. Thankfully, the Environmental Working Group has a fantastic database called Skin Deep, where hundreds of major (and minor!) cosmetics are analyzed for safety. A score of 0-2 is "low hazard," 3-6 is "moderate hazard," and 7-10 is "run for the hills," more or less. Skin Deep also has a free app, so when you're shopping for toiletries, you can check that body wash for your frenemy Cocamide DEA.

I asked Alex Formuzis, VP of media relations at EWG, what beauty addicts should keep in mind when it comes to greenwashing. He noted that choosing products with good scores affects more than just your own health. "We do know that a number of companies have reformulated products based on Skin Deep," said Formuzis, "so it has had an impact on the market."

To be fair, many of these chemicals are only suspected of causing harm to humans. Most testing is done on animals, and there's not a ton of definite research done on cosmetics chemicals anyway, because the industry is so unregulated. Still, even an ingredient that's fairly safe at low doses can cause cancer at high ones, and people should know that. And even harmless chemicals can be greenwashed to seem fair-trade and organic when they're simply not. Here are ten commonly-used chemicals that I've spotted in totally greenwashed products listed on Skin Deep — and this is just the tip of the iceberg.

Dangers: known to be carcinogenic, or potentially cancer-causing, in animals.

Dangers: "can affect both the reproductive and neurological development of rat offspring, which may be a cause of concern, as humans are systematically exposed to the compound through usage of sunscreens and other cosmetics."

Dangers: stays in the body for days after using; may be an endocrine disruptor.

Dangers: "in vitro evidence of neurotoxicity" and "a sensitizer" for humans but "not expected to pose a sensitization risk" at low doses.

Creepy, right? Head over to Skin Deep and plug in your favorite "green" skincare products to see if they use any of these nasty chemicals. Other brands did — and they looked green at first glance, too.

More like this
Under-The-Radar Summer Beauty Finds From Our Favorite Brands
By Isabella Biedenharn
What To Know About Brow Microshading Vs. Microblading
By Danielle Sinay
How To Reduce The Appearance Of Pores, According To Derms
By Paris Giles
21 AAPI-Owned Beauty Brands That Will Be Your New Favorites
By Audrey Noble
Get Even More From Bustle — Sign Up For The Newsletter