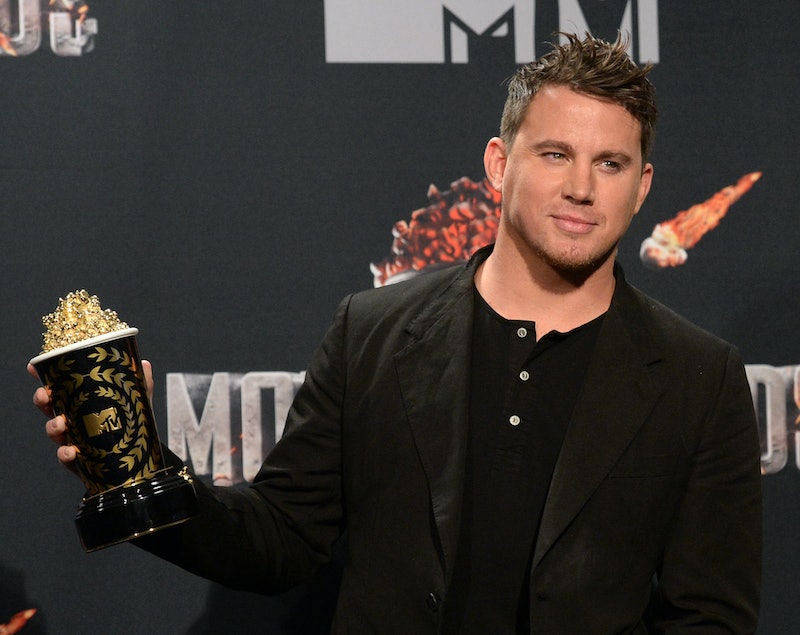 We basically already knew this, but now it's official: Channing Tatum will be playing Gambit in an upcoming X-Men movie. The rumors of future X-Men spinoffs have been alive for weeks and Mystique has a strong contender to get one. While we still hope a Mystique movie becomes even more likely after the release of X-Men: Days of Future Past, there has been an equal amount of support for a Gambit movie to make us forget the lackluster cameo appearance the character made in X-Men Origins: Wolverine. Not that Taylor Kitsch wasn't amazingly handsome in it.

The news was confirmed to Total Films by X-Men producer Shuler Donner, who could not say yes fast enough. She then went on to describe exactly why she felt that Tatum was a good fit for the role. "[Tatum's] a rogue... He's a rascal, just like Remy LeBeau. And he can handle the action, we all know that. He's got a real good heart... I think he'll be great for Gambit."

All of that is probably true, especially since Donner knows Tatum personally, but while we don't doubt that Tatum would be great in an ensemble cast, there is some doubt as to whether he can carry an entire solo movie by himself. It's not for lack of enthusiasm, of course. When Tatum expressed his desire to play Gambit, he sounded nothing if not knowledgeable and dedicated to the role before he even landed it. If there's anyone worthy of taking the torch from Taylor Kitsch, it's Channing Tatum.

However, the roles for which Tatum is best known have all been part of an ensemble or a duo. Magic Mike, Step Up, She's The Man, G.I. Joe, and 21 Jump Street have all given Tatum a second person or a group in order to play off of. He's not Hugh Jackman. He hasn't yet proven that you can just write an entire movie around him and expect him to knock it out of the park no matter how much of the film just features him brooding by himself. Gambit isn't necessarily a brooding character, but he is something of a loner. Is Tatum up to that challenge?

Channing Tatum has recently won a Trailblazer Award from the MTV Movie Awards, putting him in the same league as Emma Stone and Emma Watson. However, his fame constantly seems to be in flux. For every great movie, such as 21 Jump Street, there's a hit-or-miss movie, like White House Down. Playing Gambit could be the role that catapults him from Trailblazer to established Leading Man or it could be the role that proves that Tatum will always be just one part of a movie's success.

No matter what the outcome, at least we can all rest assured that Tatum will stick as close to the depth of the character as he possibly can. And, as Magic Mike has taught us, this is a man who won't shy away from a shirtless scene.