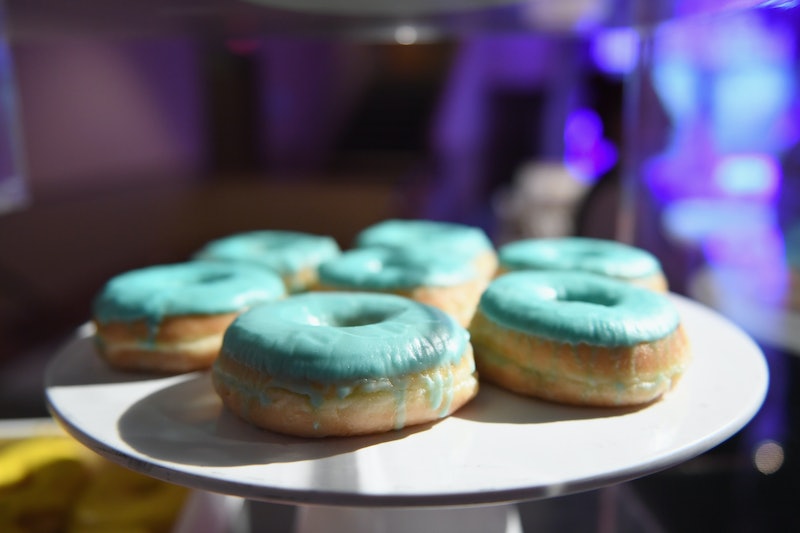 From Nutella bars to chocolate chip cookie shot glasses to cupcake ATMs, America's restaurants and eateries are certainly getting creative with their desserts. But a Japanese donut shop is giving us a run for our money, going a step beyond the typical degree of awesome and adorable with their animal-inspired sweets.

Japan has been known to be the center of clever and sometimes offensive inventions, whether it's a video game that disapproves of gay marriage or Godzilla , so it's no surprise that they're getting in on the world of cute cuisine. Ikumi Mama Animal Donuts, a quaint bakery in Kawasaki, boasts a broad array of donuts shaped and decorated to resemble small animals. Cost varies depending on the donut, but with prices between $2 to $3.05 each, it's pretty hard to say no.

The small bakery sells a range of animal-like donuts (and other baked goods), including killer whales, penguins, and alpacas. The biggest seller is "Mike," a donut shaped like a kitty. It may seem too adorable to eat, but with a variety of different glazes and cakes, it would be difficult to resist.

If you find yourself in Japan (and you can read Japanese), here's a donut schedule that will tell you which cute creatures are available on each day of the week.