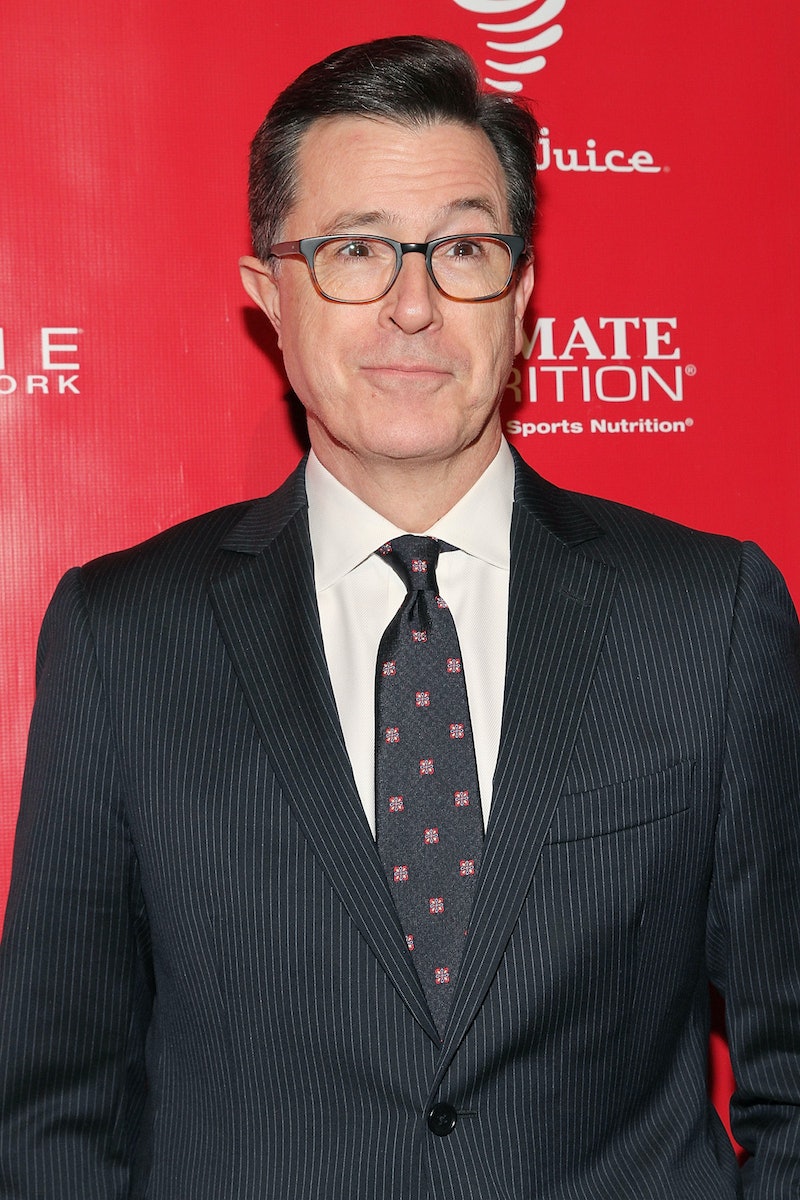 Today is Stephen Colbert's 50th birthday and in celebration, we wanted to share 50 of our favorite little-known and fun facts about the late-night host. Most of us probably know "Stephen Colbert" better than we know the actual Stephen Colbert — the South Carolina native has had a long and eclectic career in comedy and he continues to evolve his brand and voice. Colbert has also used his cheeky charm over the years to raise awareness for various charities, and he's done a brilliant job creating his satirical persona. It won't take long for Late Show viewers to warm up to the real Stephen Colbert. The real guy is pretty charming.

Recently, Colbert has been making major headlines with the announcement that he will be taking over for David Letterman; the news followed in the wake of the #CancelColbert controversy when a seemingly racist joke was tweeted out of context via the show's account. The whole matter was addressed by Colbert in a smart and hilarious way and the whole thing has pretty much dissolved. Since then, he's continued to kill it every night on The Colbert Report, making his inevitable exit from the series all the more bittersweet.

More like this
Deb & Stephen Hung’s Net Worth Affords Them The Title “World’s Biggest Spenders”
By Radhika Menon
Kylie Jenner Is Facing Backlash For Her Stormi World-Themed Birthday Party
By Alyssa Lapid
Keyla Monterroso Mejia Is Finally The Star Of The Show
By Gabrielle Bondi
This 'One Tree Hill' Wardrobe Error Is Going Viral On TikTok
By Brad Witter
Get Even More From Bustle — Sign Up For The Newsletter
From hair trends to relationship advice, our daily newsletter has everything you need to sound like a person who’s on TikTok, even if you aren’t.