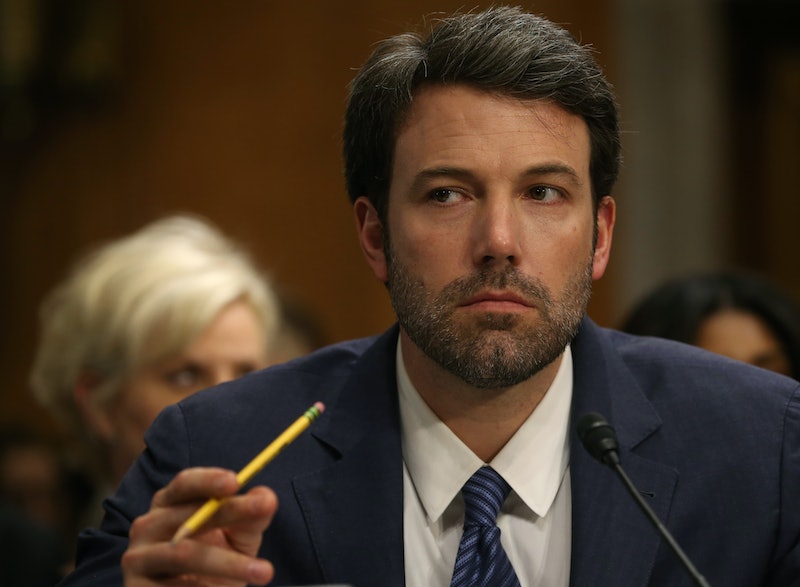 The wait is over — you can now see what Ben Affleck looks like as Batman. Just a day after teasing what the new Batmobile looks like, director of the untitled Batman/Superman movie Zack Snyder gave us our first glimpse at the caped crusader. On Tuesday morning, he tweeted a black and white image featuring his new take on the iconic hero.

When Affleck was originally granted the role, people were up in arms. Fans were mad, celebrities got involved to voice their opinions... it's just been a mess.

But this new Twitter sneak peek can maybe allay some of those fears. Seth Green once said he didn't believe Affleck was the man for the role because he felt the film needed "a guy who’s got more weight ... a guy that a Henry Cavill Superman is gonna be actually scared of.”

Well, it seems like that Batman has been found. This is no ordinary Ben Affleck. The photo shows us that for one thing — he's got the weight Green wanted. His arms are huge and his chest is ripped. How much of that is real and how much of that is the costume doesn't matter. He is giving off the air of a proper Batman, and I think Henry Cavill's Superman should be shaking in his boots.

Check out the photo for yourself below: