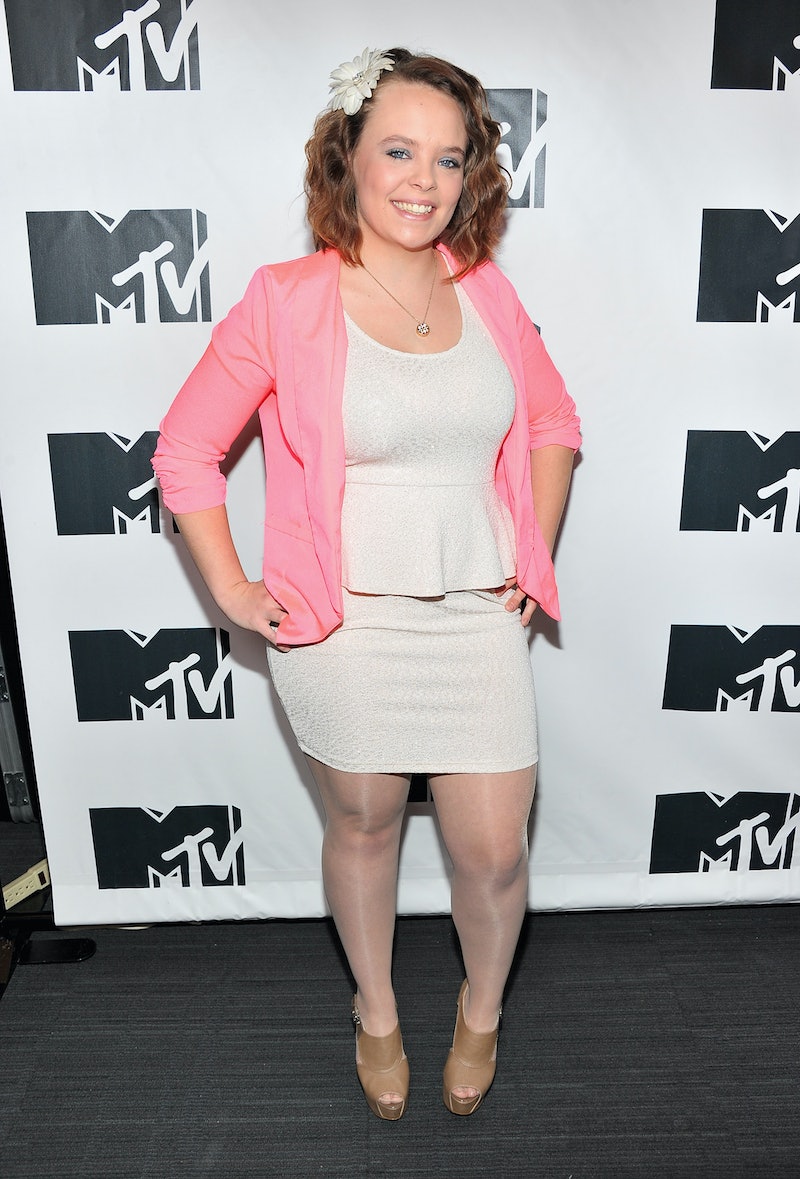 After years of tabloid rumors that she was expecting a child, it has been confirmed that this time, Teen Mom star Catelynn Lowell is pregnant. Catelynn's mom, April Stotts, spoke with Us Weekly about her daughter's pregnancy saying, "[Catelynn] called to ask me about a pregnancy test and if I thought she was pregnant. So I made her send me a picture and I told her, 'I believe you are, you should go get a couple more and take a couple more.'" She went on to explain that Catelynn was glad to find out the news "She was crying when she knew for sure and so I was like, 'Are you happy? Are you upset?' And she was like I’m happy!'"

Catelynn and her boyfriend Tyler Baltierra, who are both 22, were subjects of an episode of 16 and Pregnant (if you need to, take a moment to be shocked at how long that show has been on) and went on to star on Teen Mom as the only couple who put their baby up for adoption. This didn't take away from their place on the show. They spoke about their decision often and even visited their birth daughter, Carly, due to their open adoption agreement with her adoptive parents. The show also documented Catelynn and Tyler traveling around and giving talks about their experience with adoption.

Following Teen Mom, Tyler and Catelynn also appeared on VH1's Couples Therapy, but it seems things are going well for them now. In an April interview with In Touch, they revealed that they were trying to have a child. Soon after, Catelynn made herself clear on Twitter:

Stotts didn't say how far along Catelynn is currently, but added that her daughter hopes it's a girl because she wants to buy "all the zebra stripes and pink stuff." Catelynn hasn't written anything on Twitter yet about her mother spreading the word (maybe she's waiting for another In Touch interview), but it sounds like this is news she's definitely excited about.