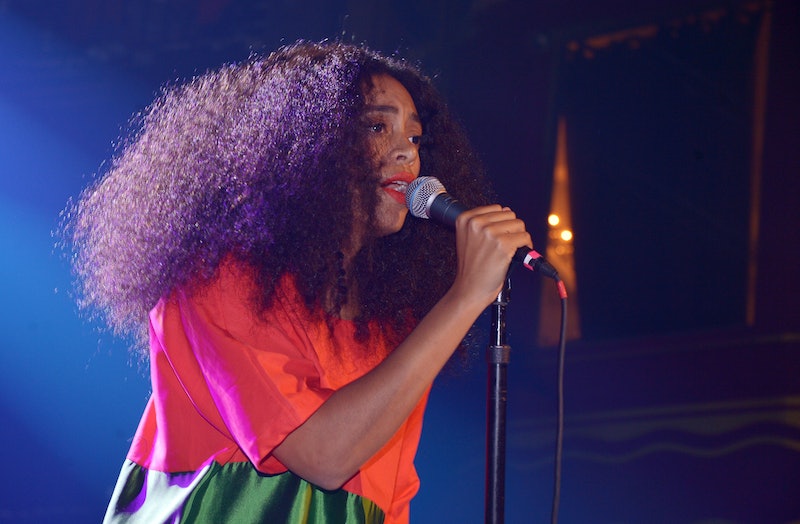 So you know that story about Solange and Jay Z going jewelry shopping together in the midst of Elevatorgate? As Bustle predicted (and as you probably predicted because it was a suspicious sounding story), this was not true. According to the owner of NYC jewelry shop Mr. Flawless, Greg Yuna, Jay Z and Solange did not go jewelry shopping at his store. This is surprising news coming from Yuna considering he is the one said to have confirmed the story in the first place.

TMZ reported that they "learned" Beyoncé husband and sister went shopping together and the news was surprising because there were no photos of the outing available. TMZ later edited the article and added that Solange's rep said she wasn't even in New York City, but they also added that they spoke with Yuna himself who said he spoke with Jay Z and Solange and "was specific as to how long they were there and where they were looking inside the store."

Now, either Yuna has changed his tune or TMZ was just making things up all along. On Wednesday's episode of The Wendy Williams Show, Yuna told Williams that the story wasn't true and that Solange and Jay Z didn't go to his shop. Williams' show tapes live, so it's likely Yuna was a last minute guest and that this wasn't pre-planned, but it still sounds like Yuna may have created the rumor for publicity. It would make sense if this were the case because TMZ didn't mention Yuna's name specifically until they used the information to contrast the statement from Solange's rep. Then there's the fact that Yuna was willing and available to appear on Wendy Williams soon after.

The Solange elevator fight is extremely popular in the news, so if Yuna was looking for a way to promote his store, this was a good opportunity. On the other hand, everything going on with this story is confusing and solid information is lacking, so who knows if Yuna really leaked the original claim. The only thing that seems concrete at the moment is that whoever sold the video to TMZ, won't be at large for long.